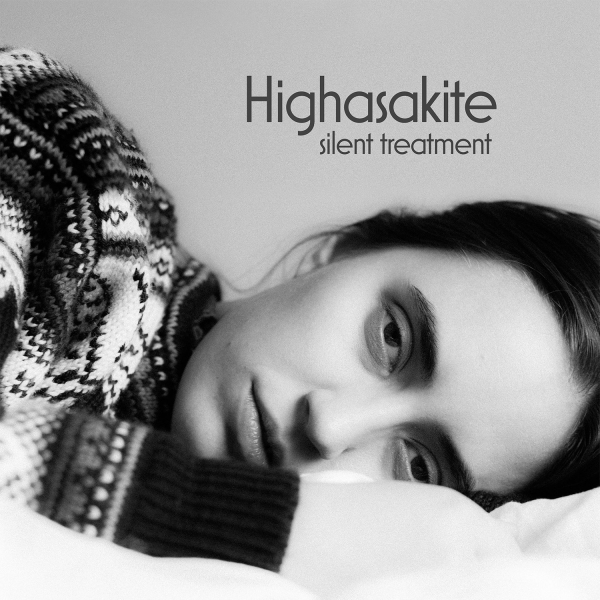 While their compatriots were dazzling the Sochi 2014 opening ceremony in silver flat caps and powder blue salopettes, Oslovian quintet Highasakite were playing at Tou Scene, a former Victorian brewery in Stavanger. Tou Scene is now a live music venue and artists’ residence and, situated a stone’s throw from the fjords of Norway’s Western coast, it may as well be the architectural embodiment of Silent Treatment. Like this record- Highasakite’s second following 2012′s All That Floats Will Rain- the building’s medieval revivalist style declares an industriousness on the frontier of a wild, glacial eternity.

It is lead singer Ingrid Helene Håvik’s voice that opens the record, sharp and clear and simple, marshalling the piano keys, horns, and broadening strings. Silent Treatment begins with an ending: “Lover, Where Do You Live?” is a lament for a love long since receded into memory, its gentle refrain drifting in and out, ultimately returning in a penitent manner to its title lyric. This is bare and personal. Announcing itself from the off as already bereft and displaced, Silent Treatment- its very name conjuring the passively ferocious consequence of a relationship breakdown- builds a dialogue from the inside out. As the band strikes up the galloping high noon howl of “Leaving No Traces,” sliding bass notes dropping into its chorus, we are inducted into the conflict preceding the elegy: the tracks are flashback scenes, by turns celebratory and sorrowful, surreal and raw.

Silent Treatment animates melodic pop songs and paints a Björk-dipped-in-Cocteau Twins fantasia of iridescent synths, yet one always shunted along by powerful, clashing drums. There are enigmatic and bittersweet harmonies in lead single “Since Last Wednesday,” with its peculiar character appraisals and really rather poignant line ‘No one has seen or heard from him since last Wednesday.’ There are abstractions on “Darth Vader,” cascading harps drawing together an enjoyably extraneous montage of dragons, killer bees and amphetamines. ”Hiroshima” takes an enthralling diversion, each groan of its organ slowly revealing shapes in apocalyptic haze, distant drums dispelling the dust. Håvik’s voice skips and pirouettes its way through “Iran,” and percussionists Trond Bersu and Kristoffer Lo thunder out a bellicose beat, somehow managing to keep the song’s delicacy aloft.

Closing track “Science & Blood Tests” holds a gossamer majesty all its own, and Håvik’s voice is let free to soar in an alarmingly beautiful and spacious operatic arrangement. Allow it to play through the gulf of silence that follows and you come across a rewound playback of “The Man on the Ferry” and its four unfolding metallic guitar notes. It flickers and jars like accelerated footage of petals yawning in spring sunshine. All the while, the record is underwritten by a folk-like narrative sensibility, holding its heart at arms length and then tightly drawing it near, parading and guarding its vulnerabilities.

If Silent Treatment has a noticeable fault (and one that seems all too convenient) it is perhaps an unconsciousness of brevity, a reluctance to embrace a sense of ending. Songs are spread further and further horizontally, probing undefined boundaries, their essence stretched thin. We could also do without the enumeration of foreign places as whimsically interchangeable props in lyrics and song titles, a bad habit of too many indie songwriters. Whatever follows this album would do well to look back to the group’s In and out of weeks EP: rein in the prolonged dissolutions, and don’t be afraid of cutting those elegant but compact pop songs. As it is, the record is a mature and arresting venture into troubling narrative territories, and one that marks Håvik out as a frontwoman accomplished beyond her years. When it’s not inclined to cast off into distension, Silent Treatment is robust, purposeful and precariously, hauntingly sublime.