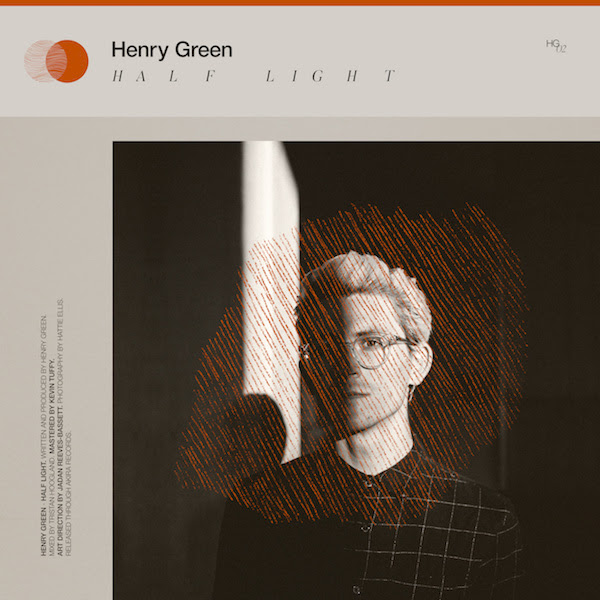 The follow up to his acclaimed 2018 debut Shift, Green has opted for a more expansive sound which yields to, accepts, and overcomes low moments, leaving listeners in a brighter, warmer state of mind.

After relocating from Bristol to a quiet Wiltshire village in 2019, Green wrote and recorded Half Light in six months from his attic studio. The experience gave him complete artistic control, but left him with feelings of stress and isolation. “A lot of the songs are about that struggle to express,” he explains, but with his mindful pacing, Green has managed to communicate these feelings in an affluent, tactful way on each of the nine tracks.

Described as the “catalyst for the rest of the record”, “All” is full of twinkling synths and tentative beats. “Call all the words out of me” Green asks, opening himself up to the catharsis that comes with letting go of pre-existing doubts. He allows himself the “freedom to overflow” again during “Sunlight”, its gentle beats spread as evenly as the rays of sun the track is named after.

The ornate sounds on instrumental "Yoyuu" - a Japanese idiom which describes the calm before a seminal moment - aptly precedes “Realign”. Here, Green uses flickering beats and ambient synths to piece together the “fragments” of a moment of clarity once the smoke has cleared. These revelatory moments also permeate “Tide”, which features the smooth guest vocals of Andreya Triana (Bonobo, Flying Lotus). Green’s collaborative streak extends to “Idle”, which features vocals from Ghostly Kisses. Their breathy musings act as a cathartic exhalation, and the effortless sounds on following track “Between Us” bring similar relief.

“I’m not here / but I’m not gone” teases Green on final track “More”, his voice drifting over dreamy synths and hypnotic dual vocal harmonies. He arrives at a place of emotional understanding; not quite in the spotlight, but not entirely in the dark either. This transitory quality makes Half Light a fleeting, yet fulfilling listen, and one that can easily be repeated.