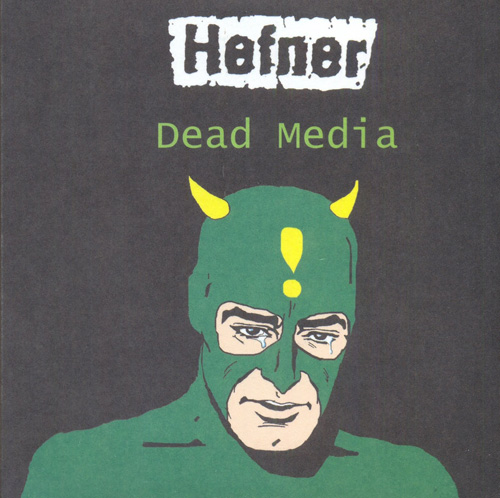 For a good two or three years up until the turn of the millennium, if London had a house band it was Hefner. Championed by John Peel and beloved by a cult following, Darren Hayman and his bandmates built up three albums and innumerable EPs’ worth of indie goodwill with their folk-tinged and acid-tongued brand of guitar pop. On 2000’s We Love the City LP, the four-piece enjoyed something of a commercial breakthrough while Hayman sang acerbic tales about meeting girls in the Wig and Gown, moving to Hackney, and channeling his emotions through the Greater London Radio. And for a few moments, Hefner seemed on the verge of breaking out beyond the M25.

Then Dead Media happened. It was 2001. It should have been a good year for a “new direction” album – that was when we were all supposed to get flying cars, right? – and Hayman and guitarist Jack Hayter had been tinkering in the shed with vintage analog synths, drum programmers and tape-splicing production techniques. The arpeggiating Korg synthesizers on the title track – “I’m sure heaven sounds like this,” Hayman wrote on his website — signaled that the old days of guitar-based indie skiffle were over. The song structures and lyrical subject matter were familiar Hefner, but it was as if The Human League and the ghost of Joe Meek had kidnapped the band. The faithful weren’t having it. The album tanked both commercially and critically, while lead single ‘Alan Bean’ – a bouncing, ‘Telstar’-style tribute to the fourth man on the moon – went nowhere. Surprisingly quickly, the band broke up.

Ten years on, it’s still hard to understand exactly why. Dead Media, newly reissued in a two-disc set with a generous helping of b-sides, outtakes and remixes, is now getting a well-deserved second look. The album was indeed a pretty radical departure from the indie rock of yore, but the band’s enthusiastically naïve approach to their new toys was a great foil to Hayman’s more worldly lyrical content. The primitive, bubbly synthpop of ‘Peppermint Taste’, for example, belies Hayman’s remembrance of a childhood romance: “You had peppermint gum stuck behind your teeth / You had white shoes and bare knees in 1983 / I had your breast in my hand underneath the tree”. Dead Media was no sulky retreat into “experimentation” for its own sake, but a joyfully unbounded approach to going electronic. It’s a fun record, driven by serious but playful instincts.

One supposes that the band ultimately fell afoul of certain rockist expectations. That’s a shame, because Hefner were always a rather unrockist rock band — what was special about them was a protean wit in their songwriting and musical approach, evident even in the one-take lo-fi days of their 1998 debut, Breaking God’s Heart. You always knew that these guys were never just going to repeat themselves. But don’t mourn Hefner – four albums is a good innings by any measure. Dead Media is the sound of a band flaming out in the best way.