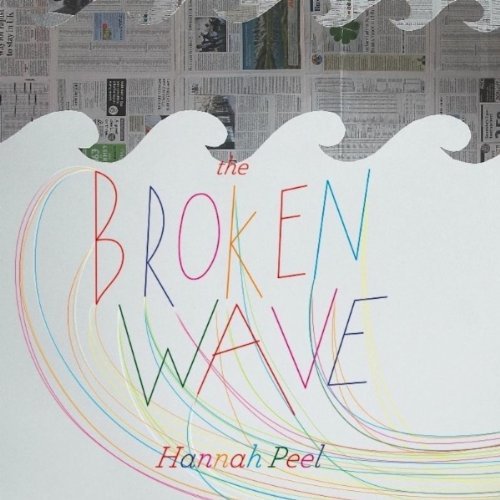 The balancing act on display throughout Hannah Peel’s debut, The Broken Wave, is something to behold. The London folk singer’s release is best described as a house of cards, maintaining a certain grace and fragility throughout the ten songs present. Yet never once does she move too far to the right or left to ruin the moment.

The Broken Wave exudes an authenticity and vulnerability few singers can approach, yet releases described in such ways often become boring after a few spins. Not so with Wave, which enjoys Tunng’s Mike Lyndsay as producer. That move guarantees a few unexpected surprises amidst a mostly minimal affair.

‘The Almond Tree’ is the primary single available and might mislead many listeners given the sheer level of movement in this song compared with the rest of the album. It’s the wisest first step, given how beautifully the brass instrumentation works within the closing sonic swirl, but it’s also uncharacteristic of the rest of The Broken Wave.

At times, the proceedings aren’t too far removed from Lisa Hannigan’s Sea Sew. The vocal stylings are rather similar even if Hannigan’s quirkiness and penchant for rhythmic interest are missing from The Broken Wave. ‘Unwound’ best displays this comparison with its sparse yet compelling instrumentation and complete focus on Peel’s incredibly pleasant vocal.

‘Solitude’ holds a music box charm to it; Peel the ever-circling ballerina maintaining the ongoing balance amidst the youthful beauty around her. ‘Don’t Kiss The Broken One’ jumpstarts the album’s second half with as much energy as Peel can muster. The relational allusions feel a bit Sara Bareilles in nature, although Peel’s sonic structure keeps it from entering shallow radio fare.

Hannah Peel’s album succeeds because it never ventures too far from its most beautiful facets. It experiments without becoming experimental. It soothes without being boring. It explores before turning self-indulgent. The Broken Wave triumphs due to its balance and provides steady footing for Peel to move forward.