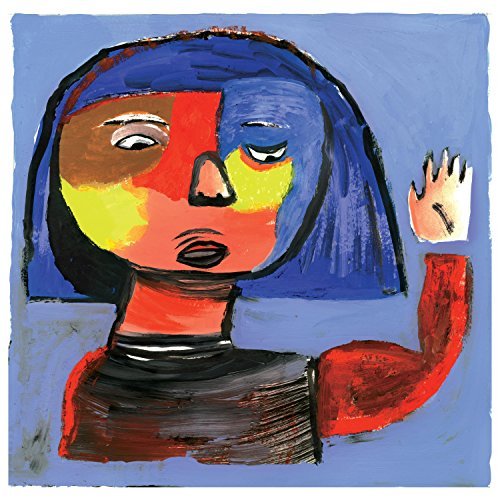 Following a much needed transition from Singapore to Glasgow, singer/songwriter Aqi H’s debut album Shut Up Cutie - released under the moniker Handsome Girl - is a sharp, witty, and fierce collection of miniature pop songs.

Although Shut Up Cutie is only her debut album, Aqi H's songwriting is finely honed, delivering gut-wrenching wordplay with raw sincerity and poise. On "Brown," H screams repetitively "I'm not your Asian girl / I'm not that Asian girl you can fuck," while ending the track with a harsh reality of her mysterious love, chanting "You can not fuck me anymore." These songs approach you rolling and tumbling, exposed and vulnerable, stripping down and dissecting H’s past lovers, insecurities, and regrets.

Channeling the likes of Girlpool, Frankie Cosmos, and Cherry Glazerr, Handsome Girl fits snuggly in the rapidly growing scene of miniature indie-pop. But where Handsome Girl separate themselves from their contemporaries is their inconsistencies and unpredictability - the cracked vocals, the sporadic jams, the deep-rooted lyrics - a few aspects that are typically present but diluted and weak for a genre that's as simple as it is heartbreaking. This is the key to their success as artists, taking the listener into unexpected and, at times, absurdly vulnerable places.

Shut Up Cutie is a pleasant introduction to Singapore-based label Middle Class Cigars' undeniably strong roster, expanding from a once shoegaze conglomerate to a star-studded variety of shoegaze, power-pop, and intricate indie rock. Spewing blatantly truthful tales of personal growth and sexual frustrations, the album ends up to be one of 2017's most consistent and brutally honest records, exposing the bustling music scene within Singapore and introducing the world to one of the most promising voices of our generation.