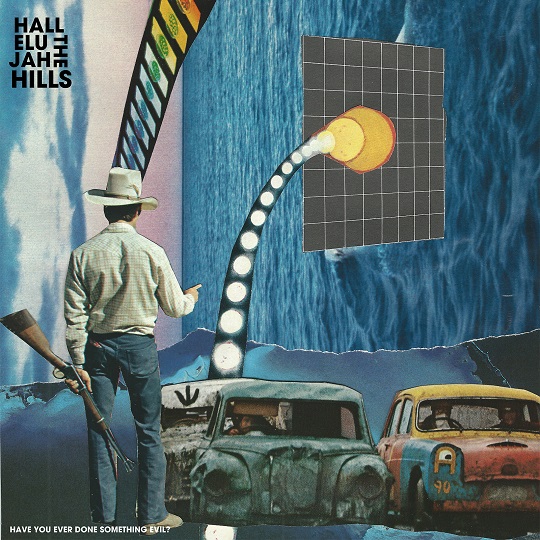 Boston is a tight, communal city. While the ubiquitous post-marathon bombing strains of “Boston Strong” are relatively new, the city’s proclivity for banding together is certainly not and two of the things Bostonians love to rally around are bitching about things, often themselves, and defending themselves from outsiders bitching about them. Be it the economy, the weather (it’s too cold or snowy or hot or humid), the Red Sox starting pitching, the price of gas, the Yankees, traffic on the Mass Pike, Tom Brady throwing a game-ending interception, the world is often going to hell in a hand basket to those in New England. Hey, it’s 2014 in ‘Murica and maybe they aren’t too far off the mark…at least it often feels like they aren’t.

In a recent tech article about everyone’s favorite streaming service, Spotify, Hallelujah The Hills’ front man and songwriter, Ryan Walsh, slyly commented, “welcome to the clusterfuck”. Methinks this a spot on slogan for some new signage to be tacked up on the interstates and hung above the escalators of the roads and airports providing egress to our nation’s capital. In fact, it probably should be a webpage banner emblazoned at the top of Facebook as well. And, in reality, it could, with wicked sarcasm, be plastered in sticker form across Walsh and company’s 4th and latest album, Have You Ever Done Something Evil?, albeit with much rosier intent. Walsh takes to task our fragmented world of growing decision/indecision, illusion/disillusion with a set equally as dizzying, heaving at its brim, full of ideas both lyrical and musical. Evil is often a freight train careening on two wheels headed for a vortex toward God only knows where, but its recklessness and adrenaline-lubed nature embody its charm.

Following up its moodier predecessor, 2012’s No One Knows What Happens Next, ...Evil hits the ground sprinting on opener “We Are What We Say We Are”, jackhammer power chords and relentless bass galore, propelled by a drum kit assuredly standing on its last leg come song’s end. However, just past midway through, Walsh slams on the breaks and plaintively creaks over his unadorned guitar, “can you convince me we’re alive?” before he and his cohorts, woozily pulling themselves up from the earth, march onward with the surging title-chorus chant. It’s a novel vehicle for Walsh, a metaphysical exploration of self-definition masquerading as a zombie sci-fi epic. These types of double entendres, intentional or no, pepper the album throughout, from the NSA-age plea for privacy disguised as a sobering confrontation of domesticity in “A Domestic Zone” to the exasperated rejection of contemporary political gridlock embedded in the detailing of personal communication breakdown in “I Stand Corrected.”

Musically, Hallelujah The Hills certainly wear a ‘90s influence on their sleeve, their freewheeling shambolic raggedness owing a debt to fellow Mass rockers Dinosaur Jr, with a whiff of grunge-era Neil Young. The band do leaven their sound with healthy dollops of Moog synths and trumpet which may sound a hint cheesy and, to be honest, they are, but they lend a layer of goofball charm to their devil may care attitude. Walsh and company’s propensity for group-singing and fist-pumping anthemics, clearly right in the wheelhouse of a band sharing a home with “Sweet Caroline”-crooning drunkards in Fenway bleachers, is a bit of an acquired taste and may be a tad off-putting to some in today’s age of bed side brooding but to that I say, lighten up (!) and, in the words of Walsh himself, “fuck that noise”.

While the major drawback of the album is a flagging of its momentum over the final third, Evil rallies for its closer, “You Got Fooled”, and it’s like we’re in Groundhog Day, where we’ve awoken from our stupor only to be tossed in the morass again. Maybe that’s the point – with this life, while it doesn’t get any less absurd, we can always have another go at things. Instead of moping and putting our heads in the sand, when the shit hits the fan, we can throw our grinning heads back, brothers and sisters in arms, and dive right into the fire.