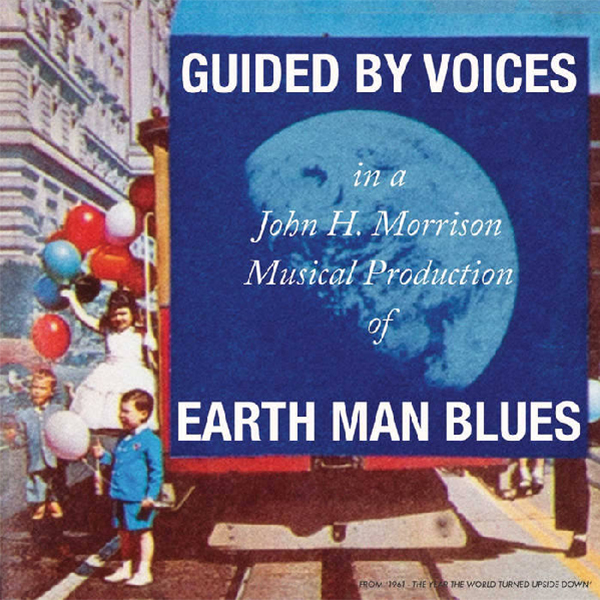 Despite a whopping 33-album-long career, Guided By Voices have smartly remained kings of the underground rather than graduating to small players in the mainstream. Robert Pollard’s songwriting remains relatively fool-proof even after all these years, granting the band a more consistent and vast discography than virtually any of their lo-fi ‘90s contemporaries.

Earth Man Blues sees the band trying their hand at a grand, pop journey whilst retaining their homemade edge. The result unfortunately doesn’t really do justice to either of these ambitions. The charming and scruffy production style of their earlier records has ironed out over the years into something far more ploddish and clean.

Granted, this is likely a product of the changes in recording technology, but the fact remains that Pollard’s loose, jammed out guitar style and lackadaisical vocals are shown up to be very rough-and-ready when there’s no clouds of fuzz to hide behind, especially on "Dirty Kids School" and "How Can a Plumb Be Perfected", where Pollard is barely hitting the notes vocally. This is worsened by just how aged his voice is. The band have tried to flatter his more grizzled tones with vintage pop rock instrumentation, but the result is something that feels very uninspired and edge-less.

Some tracks showcase a little more krautrock drive to them, with "The Batman Sees The Ball" and "Child’s play" being highlights, but even these numbers just make you really want to listen to Parquet Courts.

One thing that Earth Man Blues does nail though is the string additions. It must be said the Baroque-pop stylings of "Made Man" and "The Disconnected Citizen" are the saving grace of this album, and a strength to be explored further.

Hardcore fans will likely find things to be affectionate about here, with Pollards knack for sweet melodies with a rough edge still just about shining through, but the safe production and tired performance means Earth Man Blues is ignorable for those outside of the '90s indie sphere.