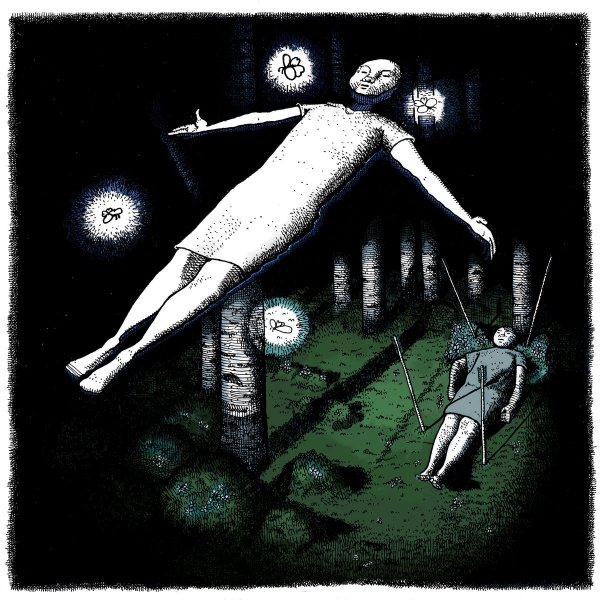 Great Grandpa’s debut Plastic Cough was special in a way that the albums of many of their contemporaries simply weren’t.

Tripping with the punch-drunk power of Pinkerton-era Weezer and peppered with just enough of their Seattle forebearers' grunge, its unavoidable hooks made it almost impossible not to return to. The band were serious about the music they made without taking themselves too seriously. The humorous lyrics of tracks such as “28 J’s L8R” belying the musical complexity and ambition that lay beneath.

Time apart and distance between them has brought the band a more considered approach for album two, without completely losing site of the frayed edges that marked them out first time around. Four of Arrows is not so much a step up as it is a catapult into the stratosphere, capitalising on all that has come before. Buried within its layered labyrinth is a newfound lyrical resonance, an embrace of melodic pop and even a dash of some atmospheric off kilter piano dabbling (see the gorgeous Radiohead-indebted instrumental “Endling”).

The band recently explained in an interview with For The Rabbits that this album marked their “first experience working with a producer through the entire recording process.” It is a move that has emboldened their song writing while showcasing all their best bits, the false ending of album opener “Dark Green Water” and electronic rain drops of “Mono no Aware” serving as the perfect examples. It helps that the producer they went with, Mike Vernon Davis, was also responsible for producing Special Explosions To Infinity, perhaps one of the most immediately intimate and lush sounding emo rock records of recent years.

“Treat Jar” is possibly the closest relative to what has come before from the group as palm muted guitars and popping bass lines explode into a twinkling chorus. “Rosalie” is heart-breaking in its compassionate yet candid retelling of the devastation of dementia (“A soul decomposing / a body alive”), and as the outro reaches Jimmy Eat World levels of euphoria Alex Menne’s voice sounds utterly limitless in delivering its sobering final line “the hardest part / Just a relentless regress”.

“Bloom”, with its alt-country and pop rock swagger, is an alternate realities answer to Alanis Morissette or Matchbox 20. But what makes it work is the group’s ability to subvert their influences, often deliberately wrongfooting themselves only to bask in the beauty of rectification. Much like Wild Pink achieved on Yolk in the Fur, Four of Arrows finds Great Grandpa capturing the sound of childhoods spent encased in headphones; rippling in memorable nuance while still rotating in its own orbit. The echoing reiteration of acoustic guitar that accompanies Menne on “Split Up The Kids” torments the tale of broken families. It’s hopeful refrain of “We'll stay just the same” is undermined and shattered by the tracks secret knowing that things are irreparably different.

There is a sad triumphalism in Four of Arrows, a faint wind picking up in a flag you hope to believe in again one day. Doubling down on the promise they showed on Plastic Cough, Great Grandpa have spun out to untouched corners to create something dazzling. There is hurt and confusion, but the group seem determined that if we are in a race to the end, it’s a race we should at least be winning. Resonating like a joyful shout in the distance, Four of Arrows draws you towards it, and you’d be a fool not to follow.