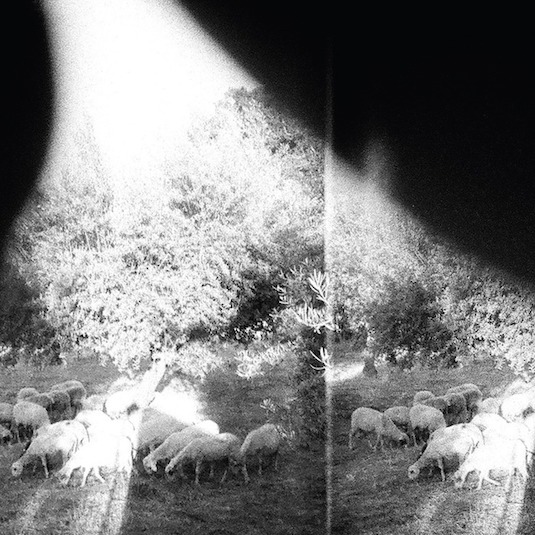 It’s weird, isn’t it? No, not the way that everyone has forgotten about that life-changing rap album that came out a while ago. I mean, it’s weird that Godspeed You! Black Emperor are still kicking around after returning from their seven-year hiatus from terrifying, inspiring and admonishing us.

There’s still something so strange and exciting about the anticipation that surrounds a release from one of Canada’s most publically conservative exports. Between 1997 and 2002, GY!BE felt like one of the most important groups in the world, constructing elaborate tapestries that tied in with an anarchist spirit that only added to the mystery. This was a group of musicians who were pretentious (that remains), sure, but bold and unique all the same.

All of this history, all of this influence on a young, naive teenager (hello past me) who, enraptured, fell head first and eyes closed into the rabbit hole that was GY!BE, may have tainted proceedings on this, the band’s follow-up to 2012’s Allelujah! Don't Bend! Ascend!. It’s the first recording since their reunion to include completely new music, and it shows – something isn’t the same, anymore.

The basics are there, more or less. We’ve got four tracks, two that consist primarily of meandering drone bookended by your more traditional GY!BE fare of raucous violins and buzzy guitars. Lead track "Peasantry or 'Light! Inside of Light!'’ sways into life and, for the majority, sounds like an ambling tribute to a Pathé newsreel soundtrack before it filters down to its signature melody for a final few minutes of teasing musical sighs.

One of the biggest criticisms I’d level at the album is how much of it just seems to drone on with little purpose. "Lambs’ Breath" struggles to be anything more than background noise, humming away for nine minutes and leaving little mark in that time. Drone has always been an essential element of the GY!BE playbook, but never has it felt so redundant, so without an aim as it appears here.

It's takes up to the final half of "Piss Crowns Are Trebled" sees the band upping the gears more than anywhere else on the album, an escalating rally that spills over into one of their more traditional cacophonies. It’s a driven conclusion that gets the adrenaline pumping, at least ending things on an encouraging note.

The thought that itches at the back of my brain while listening to Asunder, Sweet and Other Distress’ is that there isn’t that same focus on atmosphere and world-building that so illuminated the hours I spent listening in the darkness to the likes of F♯ A♯ ∞ and Lift Your Skinny Fists Like Antennas to Heaven. Yes, the tracks from F♯ A♯ ∞ have become an unimaginative film director’s go-to resource for an apocalypse film, but that’s because GY!BE created the most exhaustive audio landscape of the end of the world possible. Don’t believe me? The music on that album imbues this video – in which someone ‘breaks’ the Madden videogame – with a formidable sense of anguish, sorrow and hopelessness.

Asunder, Sweet and Other Distress’ is good enough, by post-rock standards. But it really falls short of the bar that GY!BE set themselves before they took a break from the game. Look at GY!BE’s back catalogue and you can define each one by a theme, a message they wish to impart to the listener: F♯ A♯ ∞ is the bleak mourning of a world left to rot, Lift Your Skinny Fists is about standing true to yourself at the toughest of times and finding moments to rejoice, Yanqui U.X.O tackles the anger and resentment caused by the systematic failures of the society we are entrenched in. But, to me, Asunder, Sweet and Other Distress’ has little to say and fails to spark the imagination in the same way GY!BE have always accomplished. It’s a crushing disappointment to hear a band of this ilk release something that sounds so much like its contemporaries.