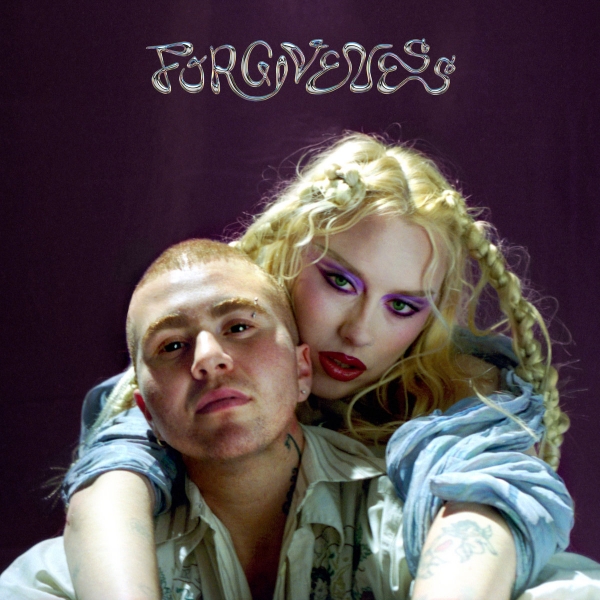 Impressionist pop duo Girlpool have been making waves on the music scene since 2014 with their effervescent stylings and ethereal soundscapes.

Comprised of Avery Tucker and Harmony Tividad, Girlpool is a sonic project focussed on witty lyricism and solid guitar hooks that make for infectious listening. Following the project from its inception, both musical and personal growth shines through and is reflected in their writing and performance. Their latest feat comes in the form of their fourth full-length record, Forgiveness, which follows on from 2019’s scuzzy-rock laden album What Chaos Is Imaginary.

Proceeded by four teasers, Forgiveness, details a journey through the psyche of the duo as they travel through self-acceptance, walking daydreams and escapism.

Opening with the final single to be released from the LP, “Nothing Gives Me Pleasure” takes a deep dive into self-love and personal intimacy in the face of wanting to feel accepted by society and the people around us. Backed by thumping electronic beats, reverberated vocals plead as the accompanying music video holds a mirror up to the protagonist’s battle with self-effacing behavioural patterns in a bid to achieve belonging.

Moving through to “Lie Love Lullaby”, throbbing percussions are omnipresent and intertwined with Tucker’s reflections on a manipulative relationship. Haunting and insidious, the track is rife with regretful confessions, “Like did you move on I think I’d know / Cuz under the crying stars tonight / Her and I repeat the way we both know”.

Fifth offering, “Dragging My Life Into A Dream” moves into bedroom pop territory with more familiar roots. Declaring “I want my innocence back … I’m so insecure these days”, the duo pen a cut directed towards moving through insecurities and coming out the other side through folk-infused guitar lines and soft percussive beats.

With “Faultline”, Girlpool have produced a delicate ballad of escapism featuring heavier guitar riffs than standard, but without veering away from the album’s overall soundscape. With Tucker on harmonies, Tividad’s vocals take centre stage with dabblings into the supernatural. Despite hosting dark connotations aplenty (“So I will make your bed my graveyard”, “Between the edge of solitude and hope”, “There's lots of ghosts I somehow still can see / Holding onto me for our dear life”), the track maintains a hopeful, almost optimistic aura – aided no doubt by Tividad’s angelic vocal flourishes.

Tracks “Light Up Later” and “Country Star” see Tucker steal the limelight as they dominate through bold and sultry lines that take the record into a parallel soundscape. The former of the two features chorus-esque vocalisations that wouldn’t be misplaced in a church choir, lending an angelic quality that often appears on FKA Twigs’ cuts. Whereas, “Afterlife” offers am Evanescence-rich electro twist that dives into satanic themes, “I know the devil sleeps ‘cos he sleeps with me / I hear him whispering even in my dreams”, as the two battle with intrusive thoughts and being in control.

Closing the curtains with “Love333”, the duo bid farewell with piercing synth lengths topped by lush vocals from Tividad in a mystical and ethereal cut.

Forgiveness is a confrontational, undiluted journey of self-acceptance and adulthood through cathartic electro-pop infusions and delicate introspections – Girlpool’s new era has succeeded them well.