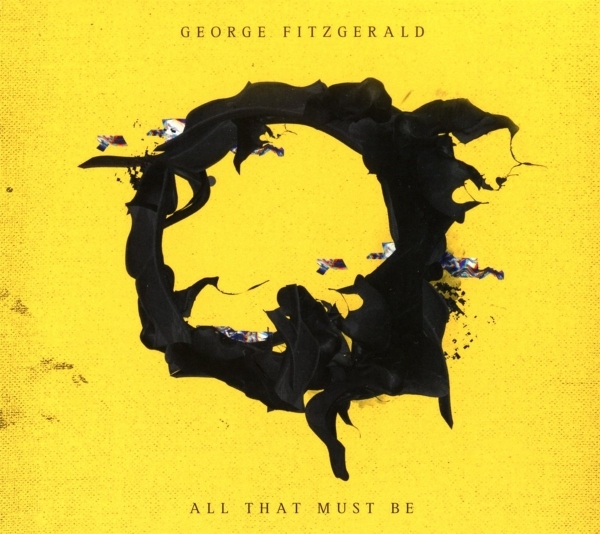 Leaving something behind can be one of the hardest things in life; whether it is a friend, a loved-one, or a place you call home. All That Must Be is an album inspired by these tough decisions; 10 tracks that recall feelings of anticipation, fear, excitement and regret.

George Fitzgerald is no stranger to emotive electronic music. His debut album Fading Love was a record immersed in melancholy, a dance record that pulsated throughout living room speakers during the early-hours of 2015. All That Must Be continues where its predecessor left off, but with FitzGerald taking a more organic approach to his song writing – focusing on the piano and blending live sounds with the synthetic beats of his debut.

The opening track “Two Moons Under” begins with a slow-rising synth line that collides with a crushed vocal sample, deconstructed and torn apart so that it is barely intelligible, FitzGerald using the voice as an instrument to compliment the building instrumental. The heady and exhilarating undertow of the album continues through “Frieda” and “Burns”, until the forlorn notes of “Roll Back” reveal themselves - a stand-out track that is steered with the help of Lil Silva, a producer sometimes overlooked but never overshadowed. “Roll Back” is a turning point within All That Must Be, a song powered by sorrow and hope in equal measure – a fine line that FitzGerald loves to tread.

Again the divide between the club and the real world begins to fade on “Siren Calls”, its thumping kick drums luring you back towards the darkened doorway you just escaped. Bonobo rears his head on the delicate, glimmering “Outgrown” - an artist who shares Fitzgerald’s knack for creating thoughtful, eyes-down dance music. The track that encapsulates this record perfectly is the ominous and swooning “Half-Light”. Its dark, spacious production guides Tracey Thorne’s all-encompassing voice through the fractures between the notes. This idea of ‘half-light’ is the perfect way to describe how this album feels. It’s like everything around you is coated with a haze, somewhere between a dream and reality. All That Must Be is a record that frequently toys with this idea of transition; creating a constant balancing act between two forces fighting against each other. At some point someone has to give in, and this is the perfect soundtrack for letting go.