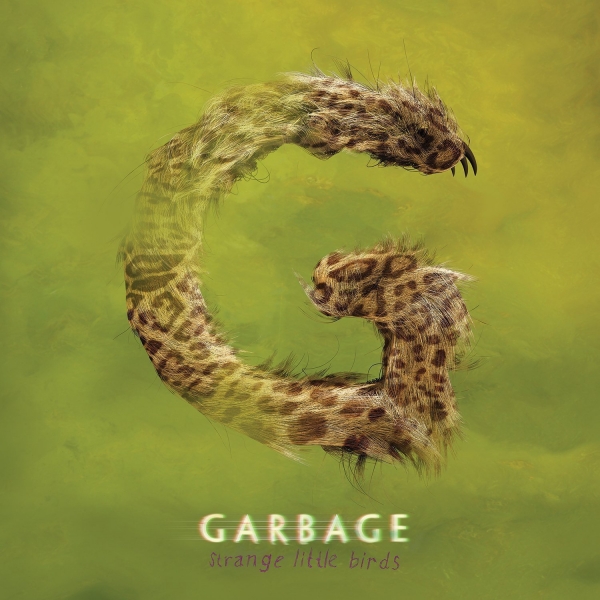 Back in 1995, Garbage’s self-titled debut captured the zeitgeist perfectly. When American producers Duke Erikson, Steve Marker and Nirvana producer Butch Vig invited flame-haired vixen Shirley Manson to join their band, they hit on a winning formula taking the tail-end of grunge and heyday of Britpop and supercharging it with heavy electronica and super-sexed angst. To this date it’s their finest moment.

Now, more than twenty years on, Manson has commented that sixth album Strange Little Birds feels more like “the first record than any of the previous records.” Anyone hoping for a collection of alt-rock anthems a la "Queer", "Stupid Girl" and "Only Happy When It Rains" will be disappointed, but Manson’s right about one thing: get this lot in a room together and they can still create brilliantly slick and spiky pop.

"Magnetized" could have happily slotted onto their second, and also great, album Version 2.0, while highlight "So We Can Stay Alive" feels like classic Garbage: immediate, crunchy and confrontational electro-rock, slashing chords and shimmering synths.

Elsewhere though, Strange Little Birds is an unusually purposeful and simmering affair that coyly reveals its charms: "Amends" is six minutes of slow-building melodrama and "Night Drive Loneliness" takes a couple of listens before it infiltrates your brain.

What’s truly eyebrow raising though is Manson’s role here. A feminist icon for two decades, much of Garbage’s strength came from her sheer red-blooded spunk and eat-men-for-breakfast attitude. Yet Strange Little Birds is defined by emotional fragility. “Every time I see you walking out, I wonder if you’re coming back to me” whispers Manson amid scratchy feedback and thrumming bass on "If I Lost You". Similarly, "Sometimes" sees her kittenish trademark purr stripped bare (“Sometimes I feel insecure / Sometimes I feel like I’ve vanished in thin air”). Manson’s never put her vulnerability upfront in this way before, it's not in her DNA and she doesn't sound quite comfortable with it. Lead single "Empty" is the case in point and seethes with self-loathing - “I’m so empty, you’re all I’m thinking about’ Manson sneers, her disgust palpable.

While Strange Little Birds might not be Garbage’s most immediate release, lyrically it’s certainly their bravest and 20 years into their career, it feels like they’ve entered a new era.