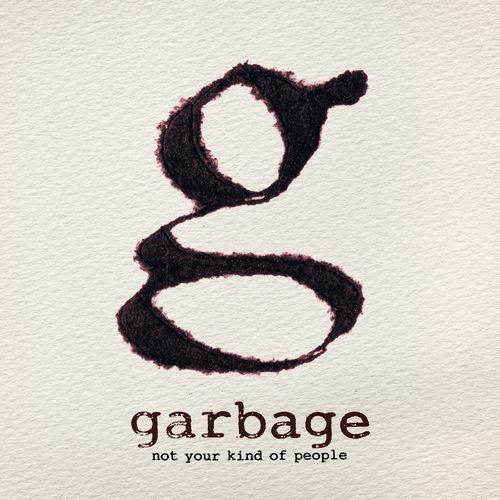 With all of the band reunions over the past few years, it can get a little wearisome and confusing. Some of them are baffling in their decision to reform – Steps, anyone? – while others are blatant in their attempt to suck the last drips of cash from the teats of music’s dying cash cow. But save your energy for a band that were so definitive of an era and so iconic it’s hard to object to their return after a self-imposed hiatus: Garbage. Seven years after their last record, 2005’s Bleed Like Me, Shirley and the boys are back with Not Your Kind of People and not a minute too soon.

Album opener, ‘Automatic Systematic Habit’ is a synthy, electronic number that wouldn’t sound out of place on 2001’s Beautiful Garbage with its metallic finish and 1980s touches alongside lyrics like “Men like you keep me up all night/You want your women at home and your bit on the side” typical of the gender politics Shirley usually employs. It’s about as subtle as a smack in the mouth and it strikes The Line of Best Fit as an odd choice for an album opener but then you find it cunningly works its way under the skin and by third listen, you’ve been hooked in. ‘Big Bright World’ was apparently penned in honour of Garbage’s reunion but it sounds like a big, meaty love song without the band’s usual bittersweet undertones and is unashamedly, wonderfully sugary. ‘Blood for Poppies’ has a warped guitar refrain typical of their style and is followed by the equally punchy ‘Control’, which sees Shirley in customary candid mode and proves to be immediately arresting and anthemic.

Garbage’s perma-weirdo status is confirmed with the album’s title track, which highlights how relentlessly odd they are as a prospect by sounding like nothing else. Manson’s perfectly pitched spacy vocals and faultless harmonies can’t be touched and the chorus sounds as though recorded underwater, creating an ethereal tenderness that they don’t ordinarily indulge in. ‘Felt’ is similarly beautiful: with its layered vocals and a heartbreakingly simple melody, it is a perfectly formed pop song, delivered with none of their usual bite but allowing itself to be delicate and gorgeous. Elsewhere, ‘Sugar’ is a darker affair with its seductive whispers echoing the sad narrative of a peep show. Lyrics like “Look but don’t touch till the light goes on” and the undertones of S & M politics sound like the lonely call of a sex worker alongside the gentle caress of strings and guitars and the song is enticing in an understated and complex way. The album’s single ‘Battle In Me’ and ‘Man on a Wire’ are both pretty cut and dry in theory with their cold, sharp guitars and riff-based centres, but their focus and energy serve to remind you how amazing this band are at songwriting. Executed by anyone else, these songs might be pedestrian, but not when Garbage get hold of them.

Make no mistake, this album is big, bold, shiny pop music, but crafted with so many jagged edges it could cut itself. All the songs have their own idiosyncratic styles and offbeat touches but still work as a whole unit together. This couldn’t be mistaken for anything other than a Garbage album and though they tend to evolve sideways, they have a knack for melody and killer choruses that mean the music is incredibly dynamic. When considering whether Garbage will find a newer, young audience with this it’s tough to speculate. Are the pop songs on here straightforward enough to bag chart fans? Is there enough guitar to charm the budding rock fan? It’s hard to say, but it will undoubtedly make their hardcore of fans beyond delighted.

Though the band’s members are all accomplished, it is the beguiling, charismatic force of Shirley Manson that most of their notoriety is based upon and in this album she flourishes. With a hundred different voices and personas, she is multifaceted, complex and impossible – exactly how a pop star ought to be. Cemented by lyrics like “I’m no Barbie doll/I’m not your baby girl” Shirley has always been the poster girl for neurotic types and on Not Your Kind of People she still satisfies that role. Album closer ‘Beloved Freak’ is the token tear-jerker with its repeated mantra of “You’re not alone”, which is a cry to every tortured adolescent soul, whether 13 or 30.Though outsider sentiments develop as a teenager, those who harbour them never quite shed themselves of the feeling of being just on the fringe. For every outsider, for everyone who wasn’t prom royalty, for everyone who sometimes still wants to kick up a fuss, for everyone who worries their façade of normality is going to slip any second, Garbage are your kind of people. I know they’re always mine.