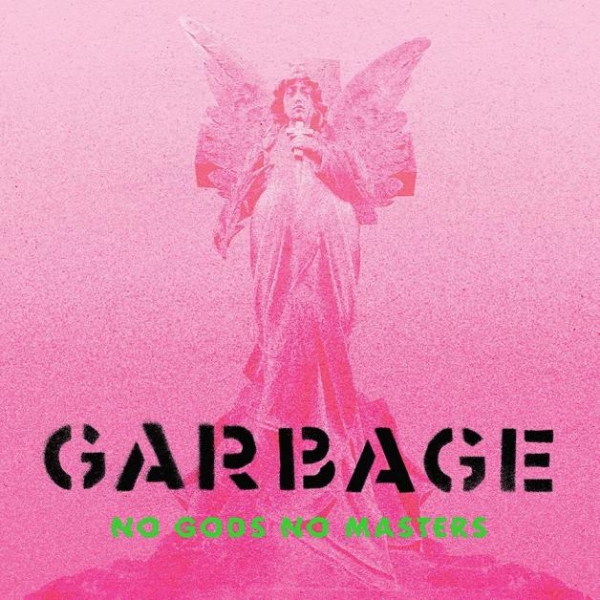 Buzzing with unrest and seething with a righteous energy, Garbage have returned with their seventh album No Gods No Masters. Described as a way of making sense of “how fucking nuts the world is” according to vocalist Shirley Manson, the record is a melting pot of the band’s political and personal views, challenging and questioning the chaotic world we find ourselves living in today.

Twenty six years into their prolific career, Garbage’s sound has lost none of its potency. Explicitly contemporary in its themes, No Gods No Masters was born from sheer necessity to speak up in the time of Trump’s America and Brexit Britain. By refusing to remain complicit during the ongoing Black Lives Matter and Me Too social justice movements, the band have crafted a sharp, fully fleshed collection of songs that seek accountability and provide catharsis for listeners who continue to feel crushed by the weight of these global issues.

Permeated by lyrics which in the mouths of others would carry less conviction, Manson - who has been a force for equality throughout her career - focuses her lens on the pervasive nature of capitalism and patriarchy, exploring the resistance and resilience it takes to survive under the pressures of both. From the offset on “The Men Who Rule The World”, she dismantles her thoughts on the figures who have “made a fucking mess” of society, backed by Duke Erikson and Steve Marker’s angular guitars and Butch Vig’s crashing percussion. She trusts her instincts on “The Creeps”, a middle finger to the industry that made her feel her career was over when she turned 40. Over a decade later, she’s still thriving and fighting, demonstrated with real force on this track.

Garbage’s ability to craft a mix of poppier tendencies with their more intense offerings is proof that the band’s musical chemistry has remained intact on this album. On “Wolves” - which reflects on the hedonism of youth and how destructive our impulsivity can be to others - and “Flipping the Bird” - inspired partly by Manson’s conversations with Liz Phair - the band radiate a powerful pop energy. In contrast, the ominous protest song “Waiting For God” communicates their shared despair that “Nobody’s blinking an eye” when it comes to struggles of black, brown and indigenous communities. “This is the most important song on the entire record by a mile,” Manson says. “I couldn't in good conscience not write about the black struggle on this record. At this time, it would be, for me, obscene.”

The group routinely go for the jugular via jagged riffs and stinging lyrics. The industrial-tinged beats and Manson’s seething whispered verses on the thumping, confrontational “Godhead” really seep into the cells, whilst the dark, cinematic opening to “A Woman Destroyed” leads into a shadowy revenge fantasy, meshing stone cold reality with a warped dream. It’s on eponymous track “No Gods No Masters” that the band fully urges their listeners to take a step back, to stop overlooking the humanity of others and prioritising the preservation of a cruel history - and most importantly - to fight for a better future for all of us.

A rallying cry for social and political justice delivered with their usual distinctive flair, Garbage’s seventh record No Gods No Masters is their most direct and overtly critical to date, making for a visceral, re-energising listen.