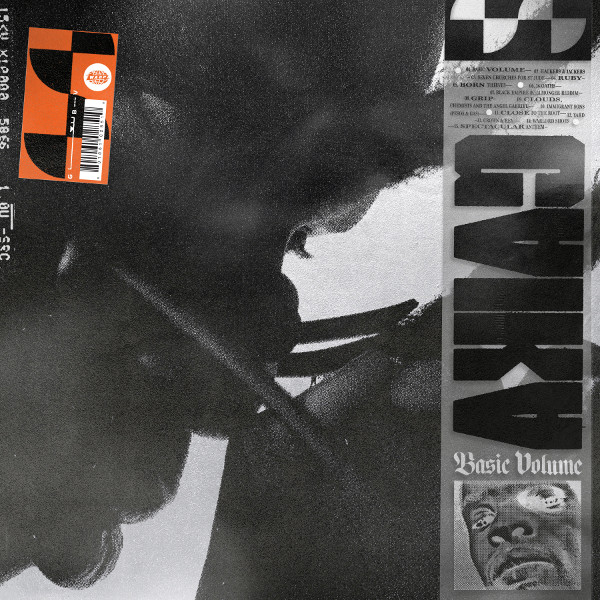 GAIKA exists outside of traditional parameters.

To date, his career has seen him eschew rigid record label infrastructures to self-release and produce a slew of critically acclaimed mixtapes. An earlier track, “Murkage”, was even banned from Radio 1 for its purported violence. It’s a sad reflection on them – and of mass media – that they failed to recognise it was a rallying cry to incite community support.

It is this forensic interrogation of society, culture and politics which plays out on his breathtaking debut album Basic Volume. Raised in Brixton, and of Jamaican and Grenadian descent, GAIKA eloquently tackles immigrant identity and inner city life. As he himself puts it, this record is “a collection of alchemical parables for all the immigrants who wander the earth in search of themselves”. This is explored impressively in “Immigrant Sons”. Assuring those who are marginalised “I want to see you / young women with your heart in song / I want to see you”, GAIKA offers the visibility and recognition that society at large lacks.

Unsurprisingly, the album is a melting pot of musical references. “Black Empire” has echoes of dancehall whereas the title track offers a distorted vision of R’n’B, steeped in reverb. On the pulsating “Hackers & Jackers”, on the other hand, a heavy beat forms its back drop while choral chanting fleshes out “Seven Churches For St Jude”. If this sounds chaotic, it isn’t. Basic Volume is one of the most cohesive and meticulously thought-through albums of the year.

Throughout the record, GAIKA’s vocals enter under various guises of distortion. The result could at times seem stark, but instead produces an entirely unique industrial soundscape. You wouldn’t be wrong to detect a dystopian slant both lyrically and musically overall. But it is not a dystopia of GAIKA’s own creation; rather Basic Volume serves as a mirror to the one we have already created. Gaika is not just the artist we want, but the artist society desperately needs.