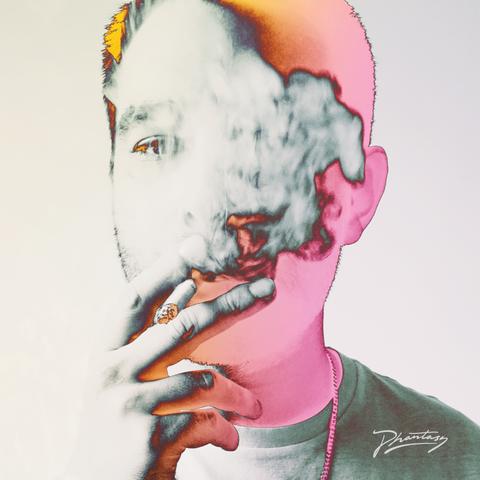 Apparently, the best way to get inside Gabe Gurnsey’s debut solo LP is to ignore that he is one of the founders of Factory Floor; there’s a vast difference between the “cold, lengthy, stripped-back” no wave of FF, and the “warmer, torrid” and “more succinct” electro of Physical. This is (mostly) nonsense.

The paranoid soundscapes, relentless beats and terrifying disembodied vocals one might associate with Gurnsey's collaborative work are, if anything, amped up on this release. Sure, there’s not much approaching the monolithic length of Factory Floor’s “Two Different Ways”, but not a single track on Physical is what one would describe as being “succinct”. They just reach the main theme or groove faster, so the main ‘body’ of the track bangs around your head for longer.

The touchstones and references that are bandied about when people talk about his day job are all here – from New Order to Cabaret Voltaire, Throbbing Gristle to the entire Wax Trax stable. You know, all the wholesome, uplifting kinds of cutting-edge modern electronic music. Nothing that makes you want to mug someone for their Walkman, steal their Reeboks and skate home thinking about when you’ll get to see Predator for the hundredth time.

You get a little bit of all of those groups on the final track, “The Last Channel”, which sounds like it was recorded in an alternate universe in wihch David Lynch directed The Terminator and replaced Arnold Schwarzenegger with Klaus Kinski, replaced the time-travelling with dimension-hopping, and the guns for spontaneously exploding heads.

The gothic intensity and sheer magnitude of the track, testament to Gurnsey’s ear for widescreen sonics, builds almost endlessly, with no real resolution other than to leave the listener bewildered by the whole experience. Which makes it exactly like something Factory Floor would do.

The best track on here, “Night Track”, is a superb demonstration of Gurnsey's talents. There’s a gradual unfolding, an accumulation of sounds; the track starts strongly but minimally, before gradually adding textures and motifs that come and go at unexpected intervals. It’s the best example of the kind of cerebral ‘dance’ music he’s been making since he emerged from the womb clutching a glow stick and a copy of The Second Annual Report by Throbbing Gristle.

The one track that matches up to the claims that Gurnsey is a changed man is the joyous, LCD Soundsystem-esque “New Kind”. It’s got that signature LCD/Berlin-era Bowie swinging bassline and a superb groove. Yet its presence demonstrates how much of a missed opportunity this album may have been for Gurnsey to truly break free of the rigid sounds associated with Factory Floor.

While it’s not true that this is vastly different from what he does with Factory Floor, there’s still plenty here for fans of that band – or any of the others listed above – to dip into with enthusiasm. To its credit, a lot of the tracks on Physical get to the point at a much earlier stage in their development than they would have done on a FF record, but the creeping intensity of tracks like “Two Different Ways” or “Dial Me In” is missed as a result.