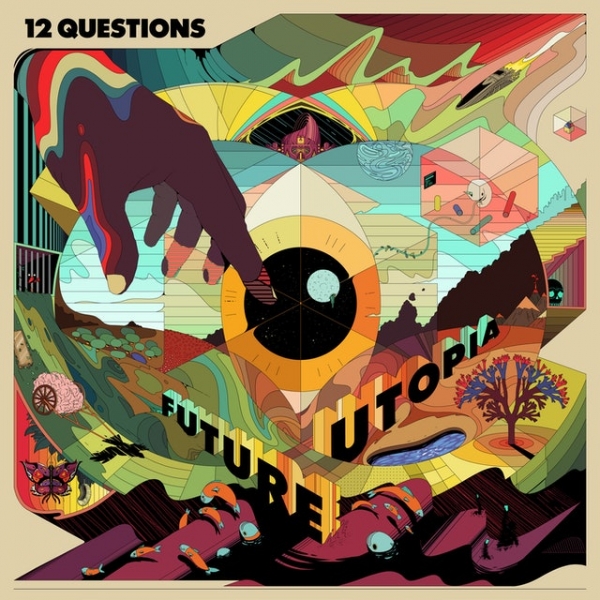 Over the past year or so, Fraser T. Smith found himself at a turning point. After a string of highly-acclaimed releases with the very best of British music — including credits on Kano’s Made in the Manor, Stormzy’s Gang Signs and Prayers and Dave’s Psychodrama — Smith felt the period that covered these albums was drawing to a close and decided to turn his attention to his new guise Future Utopia.

Certainly, he’s gone all out with an ambitious statement. Representing Smith, and the various collaborators he's recruited for the Future Utopia and its debut release 12 Questions, it doesn't just feature some of his most-trusted collaborators — Dave, Stormzy, Ghetts and Kano are all involved — as well as unexpected names, including actor Idris Elba, set designer Es Devlin and former Black Panther Albert Woodfox. It also hosts all the questions that Smith seeks to answer, involving those of a potentially bleak vision of the future. At various points Smith and his collaborators look at inequality in society, how technology is dividing us and whether or not it is too late to save the planet. Despite this, the name of the project — Future Utopia — instills hope, and the musical heft perfectly captures this notion.

Smith’s album is a long time in the making; his reflections on the state of society have been building for years and work began on the album itself in a pre-pandemic / pre-lockdown time. In other words, Smith is releasing an album that focuses on the future of the world, evolving into almost unrecognisable than when he first started 12 Questions.

After decades working behind the scenes, releasing 12 Questions is in some ways Smith’s first foray to the front of the stage, and the bold ambition doesn’t go unnoticed. If Future Utopia begets brighter days - where questions can be answered as well as asked - then Smith is on the right track