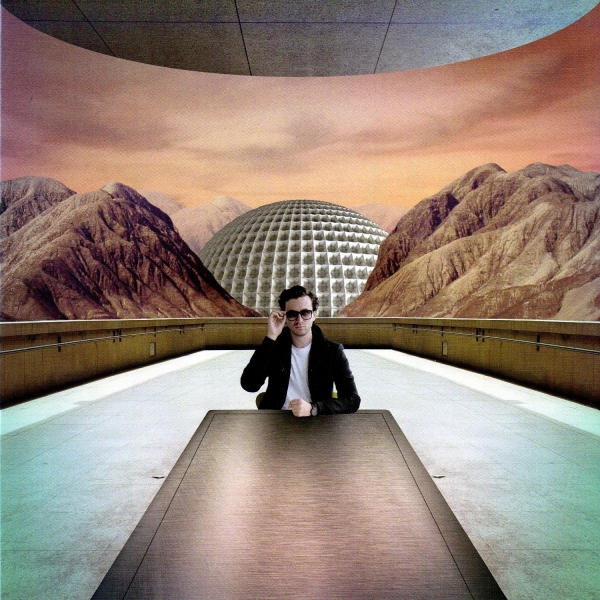 Stymied by a banquet of roadblocks on the road to his second LP Power, sonic summoner Fryars, alias of Londoner Ben Garrett, is finally ready for the grand unveiling. Label woes, deadline traumas and similar ilk have done their darndest to derail Garrett’s hard work, but in the five year’s since his debut Dark Young Hearts, he’s prevailed to finally release his embattled follow-up.

Despite the logistical headaches that've plagued Garrett's career over the years, the result is actually very impressive. The structure and flow of the album, akin to Röyksopp's recent bow-out The Inevitable End, is impeccable. Power is a cinematic journey through torrid emotions, the fineries of the human psyche and Garrett's lifes, loves and losses. Garrett traverses the gamut of styles, from chilly ice-cool synthpop to '60s skewed-psych to out-and-out dance, to R&B, bizarre vintage explorations and interjected indie anthemry. It's not a dislocated anthology though, with Garrett's voice lending a common thread. The songs tend to blur seamlessly into one another too, making the record more a softly-warping symphony than a jarring mixtape.

The peaks and valleys on Power are delicately sculpted, whittled from the hands of a patient master. The music itself is obvious of a high quality, but the saga that Garrett weaves lifts the sounds above, working over your feelings like a boxer without an off switch. It's really quite moving. This is a double-edged sword though, meaning that sans the luxury of one lengthy listen, it loses a portion of lustre – chopped up into singles, it's still quite beautiful, but not nearly as much as when taken as one body of work. That probably explains Garrett's reluctance to release in the slowly-slowly manner it that is former label wanted.

Some, like the shuffly disco-dance of “Cool Like Me” – with its oh-so-smug bluster/snarktacular satire, depending on your reading – remains a clear-cut single. It was blueprinted from birth as a dancefloor ditty, destined to drive home a sense of euphoria, and it wildly success – just try and keep your booty still.

This is an outlier though, with subtler interludes, mini-skits and cinematic soundscapes taking precedent. “China Voyage” is one of the most surreal cuts from any artist tagged as pop. It's an electro-swing ballad with waltzing strings, exotic late-19th century titbits and Rat Pack golden-gullet vox. Equal parts cryptic and majestic, the tune snakes through dingy Victorian opium dens, faraway bazaars and the Age of Exploration.

“Sequoia” is a breath synth-based cut with dreamy tendencies; “Thing Of Beauty” a ravishing '60s jazz-pop Vegas dirge; “In My Arms” recalls modern chart nu-garage, classic rock and brittle post-folk. Garrett skirts so many vivid worlds on his worldly trek, making it difficult to ascertain his true intentions or a lingering 'identity', but in his expedition, we can glean a restless soul from Garrett. He's got no intention of staying anywhere long enough be identified – such is the way of an International Man Of Mystery.

Power is a rampaging success at being theatrical, dramatic, grandiose and, simultaneously, tasteful. It'd be all too simple to go the full ham-fist, but Ben Garrett reigns in his Midas touch, allowing the sentiments of his music to breathe amongst the splendour. It may have taken a helluva long time to get it out to our ears, but by golly, it was worth the wait.