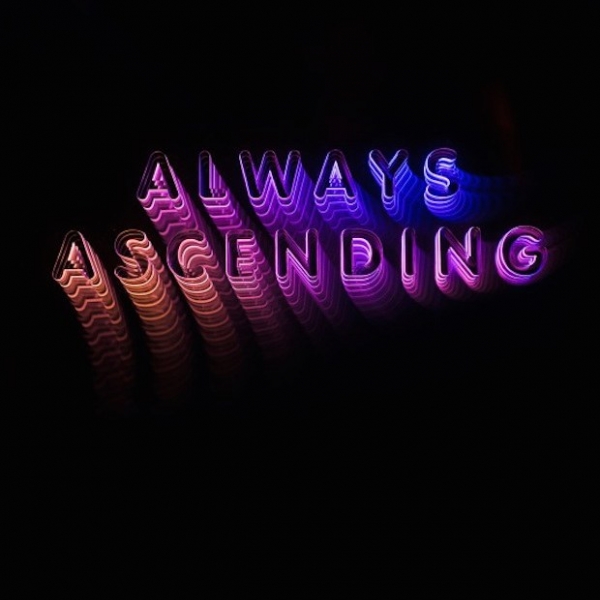 Early 2000s and Franz Ferdinand were the toast of the indie town. With a Mercury prize snapped up for their smooth, slick and self-assured eponymous debut, a distinctive art-pop iconography and funk-tastic songs by the bucket load, they were very much a band cut from the same kooky cloth as such acclaimed art school acts as Roxy Music and Pink Floyd.

Better still, “Take Me Out”, the arch art-poppers unerring, sophisticated giant of a breakthrough single, was not only on the lips of the indie kids but taken straight to heart by the casual radio-listening public. Franz were that rarest of beasts, a highly preened and principled indie act with massive crossover potential. A band that tried, according to ancient-by-noughties-indie-standards frontman Alex Kapranos, to make music for girls to dance to. And, by the time hypnotising 2005 follow-up LP You Could Have It So Much Better strutted around, succeeded with aplomb. Franz were a band that, at least in the beginning, were always ascending.

But, with great power comes great responsibility. Undisputed vanguards of the reinvigorated indie scene that they were, Franz inspired a veritable horde of imitators, appallingly-named and devoid of originality, who seemed to dilute their acidic brio and blunt their once captivating style. By the turn of the decade and with the oversaturation of indie in full flow, Franz seemed formulaic, half the proposition they used to be. But does what goes up always have to come down? Must what ascends always descend?

Fast forward to now and, after five years away, Franz are back with a new focus, a fresh line-up and a recaptured vigour. Always Ascending, their fifth album in 14 years, excusing 2015’s dream collaboration with fellow eccentrics Sparks, is often what you’ll hear gushingly referred to as a return to form. Put simply, it’s a sub-40 minute thrill ride that reaffirms the band’s reputation as arty dance-rockers of the highest order, the delightfully suave and willing graduates of that fabled Talking Heads school of intelligent, sardonic funk -this fifth effort a very British form of sophisti-pop writ large.

Kicking things off is the album’s title track, a striking dancefloor behemoth that re-emphasises the refined songcraft that made the best Franz tracks so memorable. Pieced together like an urgent new wave re-telling of “Happiness Is A Warm Gun”, it glides and soars on multi-tracked vocals, warm harmonies and mesmerising guitar work. It is, in its insistent dance-rock fusion, a close counterpart to the inviting genre fluidity preached by acts like Tame Impala, and the latest in a long line of full-bloodied party anthems to grace the Franz canon.

Appearing to have weathered the departure of long-time songwriter and multi-instrumentalist Nick McCarthy, the new look band lose none of the opener’s infectious energy on the tracks that follow. “Lazy Boy” is not, as its title suggests, half-baked but rather an invigorating and cleverly-measured track with an insatiable groove. “Finally” is just as spring-loaded and kinetic, boasting a propulsive mock-reggae beat that can rival even the jauntiest Elvis Costello number. Closer “Slow Don’t Kill Me Slow” encompasses a delectable smorgasbord of sound. In case there was any confusion, this is a band with renewed zeal and conviction. The true heirs to the British indie throne have returned.

It’s the “The Academy Award”, shot through with noirish decadence, that truly sees Franz win back this crown. Delightfully melancholic in all of the same gut-wrenching ways as hushed fan favourites “Auf Asche” and “Eleanor Put Your Boots On”, the downbeat brilliance of its piano pomp is a jubilant joy to behold. Such quaint storytelling is revived on the boisterous “Huck and Jim” and the electro-centric “Lois Lane”, Alex Kapranos front and centre as Alan Bennett in dark eye make-up. The glorious leader of a gang of restless oddballs with a deft grip on the art of making a great pop record.

And that’s really what Franz have always been about: architects of triumphant pop that’s accessible to everyone. It may have been more of a rollercoaster than a straight climb but, with Always Ascending’s sharp menace and mad genius, Franz have rescaled the mountain and made it back to the top. We really could have had it so much better.