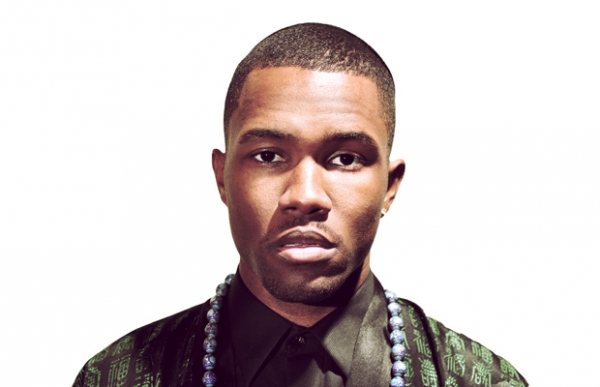 It’s strange to be reviewing Frank Ocean’s debut studio album, the prospect of which has united R’n’B, hip hop and indie fans alike in frothing anticipation for the last year or more, and to feel the need to comment on anything other than the music therein. But since Ocean’s eloquent blog post on his sexuality predictably blew the internet’s collective head into pieces a few days ago, an elephant in the room has been unleashed that threatens to drown out his music with its thunderous trumpeting of “first gay rapper” (wrong on all counts) and “what does this mean for hip hop?”

While knowing that Ocean’s first love was for a man might shed a little extra light on tracks like ‘Thinkin Bout You’ or ‘Bad Religion’, it would be a massive shame if Channel Orange came to be defined by the almighty commotion over his sexual orientation. Because if any album this year deserves to be remembered for its musical and lyrical merits, it’s this one. While last year’s Nostalgia, Ultra mixtape alerted us to Ocean’s talent and potential, Channel Orange takes its greatest strengths and spreads them, top to bottom, across a whole album.

As Ocean’s style has progressed, he is increasingly striking a balance between the warmth of ‘70s soul and the complexity of ultra-modern, woozy R’n’B. Channel Orange is the best example yet. The splashy keyboards and nimble vocals of ‘Sweet Life’ channel the pin-sharp popcraft of Innervisions-era Stevie Wonder, and some righteous church organs inject a little Motor City fizz into ‘Crack Rock’. The classical references casually rest alongside the kind of dark synth strains and glassy atmospherics you might find on one of The Weeknd’s record, or a track by Ocean’s fellow Odd Futurites The Internet. It blends into a hugely appealing sound that flexes naturally between hedonism and humanity, desperation and devotion.

For all the fascinating ways that these songs flower musically, it’s Ocean’s emotional world that embeds them in your memory. The gorgeous intimacy of the sighing strings on ‘Thinkin Bout You’ would feel wasted without the picture of helpless, hopeless love that his words build, delivered in a falsetto that must have broken records at the Tenderness Olympics. Similarly, Ocean and guest Earl Sweatshirt’s cutting study on the privilege and listlessness of the “xany-gnashing, caddy-smashing, bratty ass” generation is the perfect accompaniment to the cool stabs of piano and distant brass on ‘Super Rich Kids’.

There are certainly emotional surges here that, on another album, would threaten to spill over into hysteria. ‘Bad Religion’ finds Ocean on his spiritual knees in the back of a cab, spilling all his secrets (“This unrequited love/To me it’s nothing but a one-man cult”). But the high drama is delivered with the kind of credibility that only comes from bitter experience. These songs don’t sound observed or imagined; they sound lived, and lived-with. That’s the key to Channel Orange; every song breathes like an individual fragment of Ocean’s personality and past, coaxed and caressed into life by his stunning voice and considered songwriting.