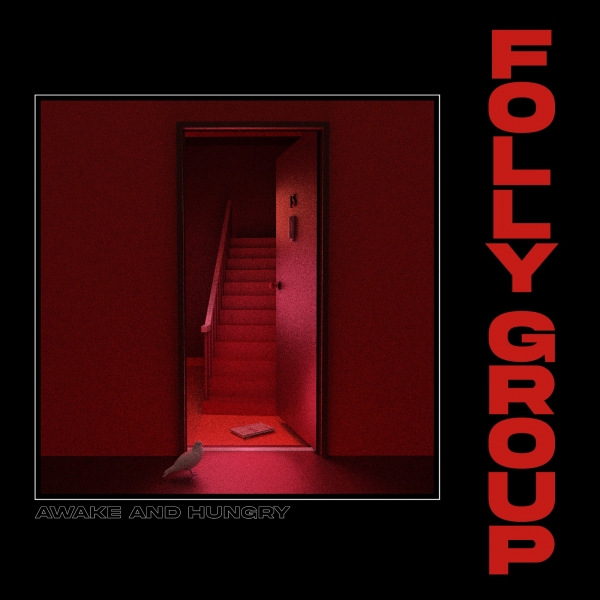 London’s Folly Group are here to make their mark with the accomplished eclecticism of their debut EP, Awake and Hungry.

As the first release on the newly formed So Young Records - from the industrious people behind the trailblazing magazine - you know you're in for an innovative and interesting experience. From the getgo they proclaim themselves to be a collective, not a band: a group of explorative minds and influences, rejecting boundaries and stasis. This is more than clear in their sound. About as diverse as you can get in a modern post-punk setting, the 6-track EP clambers through decades past and present, forming an exciting view of the future thanks to Folly Group.

Debut single "Four Wheel Drive" is a discordant and forceful punch in the throat. Sean Harper's compelling vocals range from harshly blunt to charismatic and dynamic over the sonically industrial stop-start of the track. This is the nature of Folly Group's juxtaposing existence. In some moments they channel simple guitar-led riffs, while in others it's pure elaborate flamboyance. Challenging extremes in style, "Ripples" calls on a New Romantic-era vocal contrasted with modern percussive drive, while "Awake and Hungry" pits the intimate against the bold. Released with an interactive video, the latter opens the EP with a passage of spoken word and audible breathing, initiating the group's entrance with a sense of personal closeness and depth, before contradicting the sentiment with primal effrontery later on.

It's obvious that Folly Group have a lot of progressive ideas up their sleeve. With more range already than many established artists achieve in their career, it's exciting to imagine what else they could go on to create.