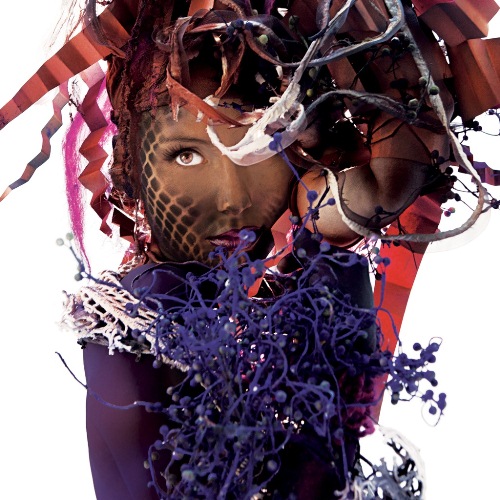 Progressive synth-poppers Fol Chen have always maintained a strict level of secrecy, going as far as to adopt pseudonyms and obscure their faces for live recordings. In the years since their last record (Part II – The New December, 2010) this clandestine shroud has slipped, and the sextet have ventured into the limelight for projects like the Tetrafol and an avante-garde residency in NYC featuring live karaoke and heavy metal covers. After almost three years adrift, the group have returned to creating innovative visions of modern life blended with dramatic electronica, sweeping washes of synth and mechanical hooks, that they are referring to as ‘opera house’. Keyboardist/vocalist Sinosa Loa has taken over lead vocal duties on new effort The False Alarms, instead of the myriad guests and gang effort of previous albums, giving the band a definitive ‘face’ for live performances and promos, and a thread of continuity throughout the LP.

Opening with the title track, the record instantly implants the ‘house’ element of ‘opera house’. A ravey, warped “uhn-tiss” constructs the foundation, allowing creaking synths and choppy, underwater vocals to soar amongst lunar blips and futuristic bloops. Definitely a dancefloor anthem, perhaps not in the traditional sense, but it’s as dancefloor anthem-y as Fol Chen will muster. R&B-tinted ‘I.O.U.’ is home to funky wah-wah guitars, Eastern synth lines and Loa’s bubblegum pipes clipping and juddering. As she sings of post-breakup sex “Push into my fingers baby, I know I can drive you crazy”, chamber-pop strings rush from below adding that ‘opera’ touch.

Fol Chen revel in the big’n’bold statements of love and passion, subverting the well-worn genre of synth-pop with vivid electronica elements and implementing little nuggets from other genres. Take the Grimes-y ‘Double’ or ‘A Tourist Town’ – it’s funk bass-led, with jittery synths and a bhangra melody. They don’t just stick to one path and go with it on The False Alarms, they expand and fill every available space with a melting pot of inventive sounds. It’s very difficult to pigeonhole – just as they veer towards on style, a hallmark of some other genre gallops into the scene and whisks the music in another direction – but fear not, this isn’t a lack of confidence in their musical identity: everything is meticulous, deliberately ingenious. It all flows excellently; there’s no disjointed genre-hopping here.

The much-hyped ’200 Words’ starts out symphonic with sonar beeps, static buzzes creeping into the deep brass timbre. At 6:18, it’s a pretty lengthy cut, but given the sprawling nature of the song, it doesn’t at all matter. Lady Gaga-esque talk-singing is prominent in the ghostly, rhythmic tension. It’s foreboding, subtly evil and absolutely filthy, the grinding pace and delicate vocals oddly sensual. Terrifyingly sexy. Following on, ‘Take The Train’ continues the theme – with oodles of grit and robotic passion, the track ricochets through the seedy underbelly of a dystopian future.

The LA experimentalists have always been cutting-edge, and this album sees them forego their enigmatic persona in lieu of something more accessible and pop-oriented. It still retains a distinct character that could only ever be Fol Chen, but each song on the album is glazed with chart-poised sensibilities. They’ve done this by not hugely altering the music they make, but with the solid-as-a-rock frontwoman Loa, who oozes charisma, whose voice conjures torrid destinies of a distant laser-age. This set-up is doing them bundles of favours, and while they are still free to saunter through genres like models on the catwalk, they do so grounded by Loa.