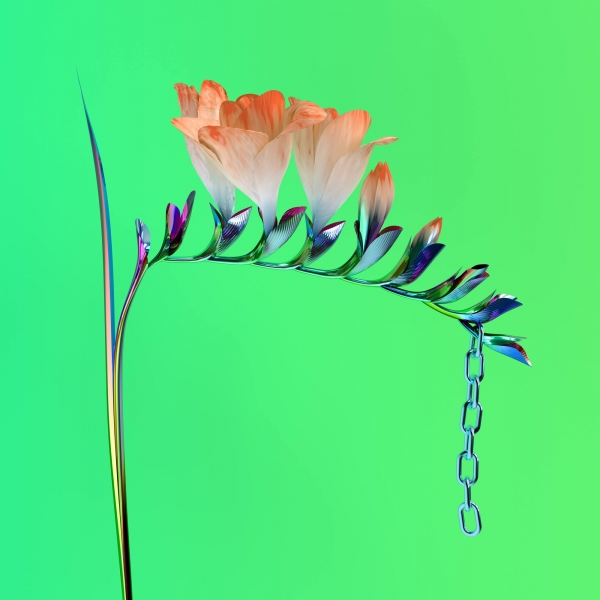 Australian DJ/Producer Flume has seen a huge surge in popularity in recent years, with numerous high profile collaborations adding to the strings in his already brimming bow.

When his latest LP Skin was released earlier in the year, eagle-eyed fans noticed that a selection of material posted on his Soundcloud album preview was missing from the final cut. Flume, aka Harley Edward Streten, has finally aired those missing beats on the Skin Companion EP 1, a release which will only be availale on 12-inch vinyl and is available for purchase exclusively through independent record stores.

Opening number "TRUST" features Isabella Manfredi on vocal duties and begins with the slow jingle of a lullaby-esque tune before folding into a stunningly produced, repetitious beat. Manfredi's vocals complement the track perfectly and leave the impression that the sub-four minute number should have been included on the Skin album.

Standout track "Heater" eschews vocals entirely, instead focusing on with high-energy, flashy beats that spill over the sides and are definitely designed to be digested by radio. "v" and "Quirk" are also shining moments, albeit brief ones, as the spotlight lies firmly fixed on "Heater" throughout.

Flume's Skin Companion EP 1 is effortlessly loaded with sure-fire hits, and it's puzzling as to why some didn't make the final cut of the Skin LP. The electro extravaganza clocks in at under the 15 minute mark, and the impeccable quality never drops throughout. Stretenhas also claimed this EP could signal the first of many to follow up Skin, and if this initial offcut is anything to go by, we're in for a treat.