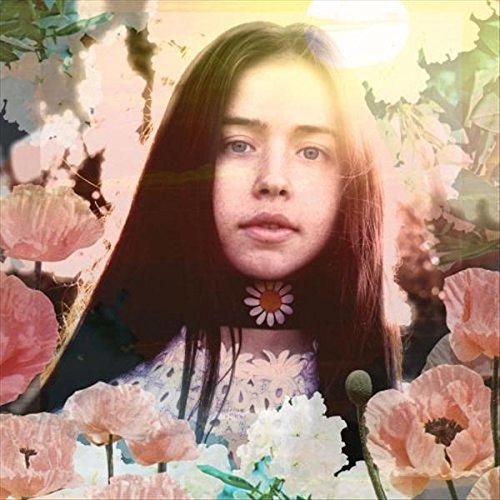 Drooled over by all the broadsheet culture sections and billed as a flower-child folky with Kate Bush-like pop songs, it’d be easy to roll your eyes and dismiss Flo Morrissey as one of those folks that prance down from to from Notting Hill to Glastonbury every year with acoustic guitars and flowers in their hair. Yet it’s important to put aside cynical thoughts and recognise that there is a pretty humbling talent here.

The second eldest of nine children, Flo grew up on her father’s Antony and the Johnsons, Nick Drake and Devendra Banhart records and started posting songs to MySpace when she was just 15-years-old. Now 20, her debut album Tomorrow Will Be Beautiful strikes as a fine piece of serene, folk-pop lushness, dripping with swooning, cinematic ambition and elegant, pastoral grace.

Flo has imagined a persona that floats on crocheted clouds above all of the grot and grime of modern culture. You can picture her willowy figure dancing through country fields, singing to sunflowers. You can’t see her slobbed-out on the sofa with a bucket of KFC watching Love Island. It’s a fantasy world she asks you to buy in to, but it’s worth doing.

The stand-out moment is single “Pages of Gold”, an ode to muddled teenage confusion that glides into a soaring orchestral lullaby in which she manages to summon Jeff Buckley and Joanna Newsom into a warm, rich showstopper. Her maturity and worldliness is undeniable - “Then suddenly, you cease to love me / I was so silly to think I was free / I worry too much / It’s true, I miss your touch / But I can’t be part of this villainy.”

Though clearly Flo is a heartfelt wordsmith with a dreamy imagination and angelic croon, it’s the rousing, cinematic production of Los Angeles studio whizz Noah Georgeson that really elevates things. “Betrayed” sounds like Vashti Bunyan doing a Bond score, “I Only Like Him Not His Hat” is a "Moon River" waltz into another age, and “If You Can’t Love This All Goes Away” shifts from a tinkling piano smoulder into a doomed, spot lit, Broadway drama. This is no mere sub-Laura Marling waif strumming timid, adolescent diary entries into verse; Morrissey is making big, opulent hymns grand enough to fill the Albert Hall.

Some snipers may have dubbed her as a folky Lana Del Rey clone, and there’s plenty to suggest that she is still developing and searching for her true self, but there's more evidence that Flo is a captivating and striking new voice. A few more tomorrows of heartbreak, pain and the turmoil of the music industry, and things could really get beautiful.