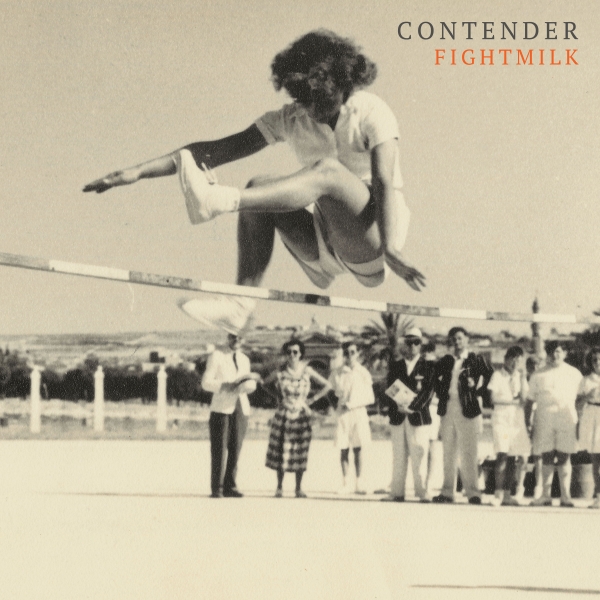 If Fightmilk’s debut Not With That Attitude taught us anything, it’s that the band’s appeal aligns closely with that of many indie-rock greats; in a profound sense of earnestness.

Released following a couple of EPs, Not With That Attitude kept things straight and largely unambivalent. Topics from bad tattoos to falling in love were covered with aplomb, with the record’s crowning moment a song recognising the implications of not wanting to shag your partner in a swanky hotel (“Four Star Hotel”). It was funny, it was sad, and it kept the frills to a minimum. In other words, it was a delight.

Unfortunately for Contender, Fightmilk’s second record, events at the beginning of 2020 conspired to prevent it seamlessly picking up the mantle. With a cancelled tour and a fractured recording process, Fightmilk had to, like the rest of the music industry, push forward as best they could. Whether due to the pandemic or not, Contender however suffers from a lack of consistency mirroring the context in which it was created. Despite nuanced shifts in their sound, the blueprint remains much the same. On tracks like “Overbite” and “Girls Don’t Want To Have Fun”, the band pairs everyday lyrics with melodies straight from Martha’s playbook, the latter song taking delight in incorporating elements of the Cyndi Lauper classic.

Such successes however are blunted by tracks that fail to reach the same heights. “Cool Cool Girl” and “You Are Not The Universe” unsuccessfully roll out the tropes of self-obsession and acceptance, while the straight-talking, pub-rock feel to “Lucy Coin” is bland and predictable. What’s perhaps a little ironic then is that the strongest track on Contender decides to go against the typical Fightmilk mould and adopt a concept more abstract. “I’m Starting To Think You Don’t Even Want To Go” tells a tale of someone shirking promises against the backdrop of not wanting to go to space, vocalist/guitarist Lily Rae deriding the fact that “It started out as a golden opportunity / But moonwalking isn’t what it used to be”. Nerdy, powerful and sincere, it demonstrates Fightmilk at their best. A best which, sadly, is displayed too infrequently across Contender.