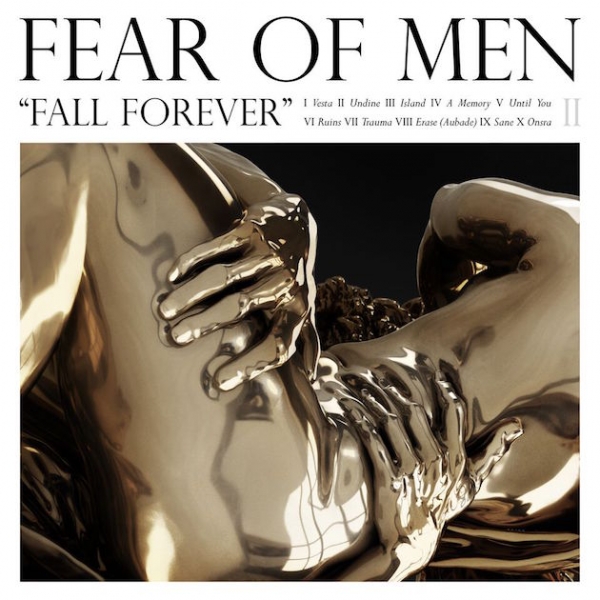 The conventional wisdom, if such a thing exists these days, would have you believe that any band’s second record should be a hectic affair.

For one, they’re likely up against some kind of deadline, whether it’s a soft one that they’ve set for themselves or a hard one that’s been laid down by the record label. On top of that, there’s the old adage that they’ve had forever to craft their debut LP, but much shorter a time to put together the follow-up, during which they’ll inevitably have been on the road, too.

The point I’m trying to make is that this second Fear Of Men record should not sound quite this measured, quite so calmly executed. Their debut, Loom, was not an album that sounded as if it had been born of some gradual slow burn, even if the Brighton three-piece had already been a going concern for three years by the time of its 2014 release. Tonally, it was a staccato affair; all sonically dreamy and thematically contemplative one minute, noisy and aggressive the next. In the interim, singer and guitarist Jess Weiss has toured heavily - she filled in on backing vocals for The Pains of Being Pure at Heart around the time of Loom’s release when the band supported the New Yorkers on tour - and it’s more than a little bit disarming when you really grasp how unhurried, how intelligently executed, this second effort is.

Fall Forever is a far cry from its predecessor; where Loom felt volatile, its successor pitches for clear-eyed steadiness. “Vesta”, in opening the record, is plenty atmospheric, but the big pay-off that you inevitably find yourself waiting for never quite arrives; instead, “Undine” and “Island” feel tranquil, and deliberate. If Fall Forever can lay claim to any one great success, it’s the way it shoots for minimalism, because more often than not, Fear of Men pull that angle off with a real deftness. There’s a lot of open air on these songs; when the guitars fall out, there’s nothing to replace them, and the percussion is persistently unobtrusive. At the same time, that’s kind of where the album falls flat; Weiss has the perfect stage in front of her, and never quite seizes it.

On paper, “Ruins” is probably supposed to strike for new territory, but instead, it meanders, with the lead-in just Weiss’ flighty vocals and a sinister synth line that would be foreboding if it wasn’t so on-the-nose. “Trauma” is even more frustrating, because the lyrics are cleverly observed and you can hear the melody straining to break through the thick layer of icy detachment. That’s the case on “Sane”, as well; clearly, the idea is that by playing things fast and loose with the percussion, the band will put clear blue water between themselves and their contemporaries, but the rolling drums just sound shoehorned, awkwardly forced to sit somewhere they don’t want to.

Fear of Men seem to have aimed for good, old-fashioned maturity on this album and that’s an aim that’s absolutely to be commended, at least theoretically; nobody sound of head and ears could reasonably accuse them of going over old ground here. The problem is that, with the moments of drama that really thrilled on Loom stripped away, we’re left with an unsettlingly sedate affair, an album that drifts through the consciousness without ever threatening to properly arrest it. Fall Forever’s bare-bones approach is perfectly pretty, but never vital; perhaps, sometimes, more is more.