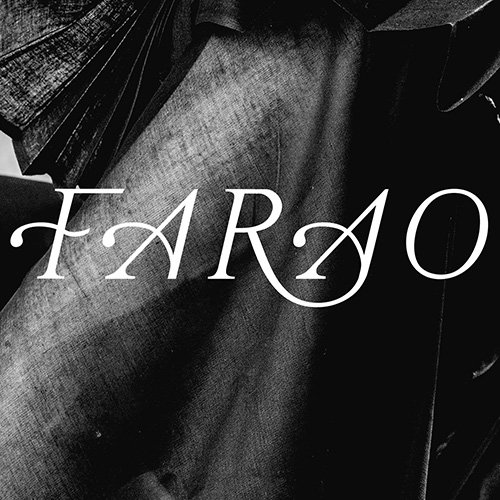 If ever there was a record to turn on the water works, it’s the self-titled EP by Norwegian singer-songwriter, Farao. An exploration of deception, love, lust, mortality and life through candid lyricism and fierce melodies, Faroa is powerful, back-to-basics songwriting minus the tedium of predictability. And it’s remarkable for a debut effort.

“Tell A Lie” opens with cascading, finger-picked guitar and a bed of drone forged from an old Russian synthesiser. Kari Jahnsen’s stunning vocal cuts right to the core, delicate and rich, kissed with Nordic tones. Syncopated beats clap their hands beneath throws of, “I thought we weren’t meant to tell a lie” and it’s very difficult to resist your eyes welling at its sheer beauty.

The impeccable melodies and melancholic harmonies on “Skin” were many listeners’ first introduction to Farao, and what a welcome one that was. “All the words I want to hear/you said that I had nothing to fear/but she’s the one who’s taken your name”, Ms Jahnsen gently coos over frilly, folk-pop guitars and humming keys. She tells Best Fit that she writes “mostly from my own experience” but also enjoys “writing a song from the other person’s perspective”. We all know whose perspective she’s coming from on this one.

Moving from Valdres, Norway to the country’s capital and later settling in London for her solo work and to play in friends’ bands (Hella Better Dancer, Anna Lena & the Orchids to name a few), Jahnsen admits the contrast between the “dramatic landscape” of Norway and it’s antithesis of London has helped shaped her music. This is most apparent on “The Hours”; full of apocalyptic pondering “I would give all my time for the day but the hours they fly away/and the end of time is coming your way” that is most suited to the sparse, cold and beautifully dark landscapes of rural Scandinavian. Majestic guitar hooks, commanding bass and percussion that carries a heavier heart unite to become an emotive, wicked force of nature.

“To Sleep Apart” hears Jahnsen’s more stripped-back brand of songwriting, pulled from the front by sleepy bedroom acoustics. Nautical drone again bathes with the vocal, though never tires, working to embrace frail keys and intermittent Radiohead-inspired samples. It’s the most progressive of the four tracks on the EP and certainly hints at a more experimental future for the songwriter.

Farao EP is an absolute delight to hear, if only to get lost forever in Jahnsen’s inimitable vocal. It’s stylised, highly melodic music that defies you to simply shrug it off as yet another person armed with a guitar and a voice. Jahnsen is bringing some different into the mix, something quietly arresting and extremely moving, and it’s too hard to ignore.