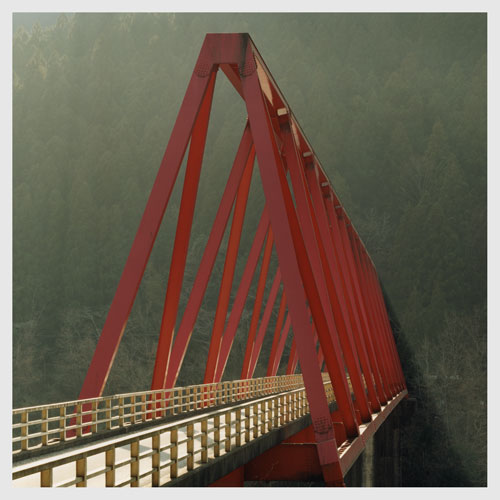 As it should on a well sequenced record, Rooms Filled With Light begins with a distillation, with a twist, of what Fanfarlo carry off best. ‘Replicate’ takes the place where 2009 debut Reservoir resided – warm, ambitiously grand but traditionally grounded, a touch Arcade Fire-y but not in a plagiarist way – completely guts it from the inside out and laces its innards with something interesting and new, in this case little squiggles of electronics, before rebuilding it close to the original plans. A slowly-building swell led by staccato strings and Simon Balthazar’s forthright, nervy-in-a-David-Byrne-way vocals, with a gorgeous violin hook-based breakdown halfway through: you’re conditioned to think something grandiose is going to burst in any second… and then it doesn’t.

Despite the band’s talk of textural and electronic overhauls, Rooms Filled With Light is evolution rather than revolution. Featuring far fewer of Reservoir‘s folkish leanings it’s not an immediate hook-laden rush, which turns out to be to its strength. For all the underlying additions of synths and electronics Fanfarlo haven’t lost touch with what they do best: a slightness of touch with melody and creating coherent string arrangements, rather than just dumping a load on top of everything. Only ‘Tightrope’ comes close to the taut power-noir-pop of yore, joining ‘Deconstruction’ and ‘Lens Life’ in coasting confidently in the vein of – whisper that name round here – Arcade Fire, albeit now more like The Suburbs‘ charging sense of purpose. ‘Deconstruction’ is dragged along by more staccato strings while Balthazar and Cathy Lucas sound faintly desperate to be listened to over each other, while ‘Lens Life’ builds from echoing piano to huge crashing drums, aided by the odd marimba interjection.

Sounding spare and full-on at the same time is quite the trick, and it doesn’t always work. ‘Shiny Things’ has a big pop underlay (at odds with Balthazar’s existential crisis at seeing the world’s materialism), but the intro’s similarity to Ultravox’s ‘Vienna’ – not the last flirtation with early ’80s electropop, ‘Dig’ somehow making capital out of the imagined sound a chamber quartet intruding on early Depeche Mode – only presages a production that suggests a working knowledge of China Crisis. When it works best, though, it has a way of insinuating every carefully-arranged layer into an affecting mental shape. A lament of love lost allied to an actual comet explosion over Siberia in 1908, ‘Tunguska’ takes the brave step of leasing its hook to a honking saxophone balanced atop a carefully insistent patchwork akin to a triumphant Grizzly Bear. ‘Bones’ meanwhile eschews the grand build in favour of warped multiple layers, electronic beats and a patchwork of subtle shifting synth sounds before heading through grumbling basslines, chiming keys and cresting strings and synth.

Much as it fancies the odd epic sweep, it’s the restraint shown that demonstrates that Fanfarlo know well what they’re doing in territory slightly shifted to the left. Dark shadows fall over hopeful peaks, extra instrumentation drags back the big ideas before they go overboard, huge codas refuse to occur. The early charges turn into contemplative internalised musing, sometimes earnest but never apocalyptic. It needs to be given time to fully sink in, but new rewards turn up all the time.