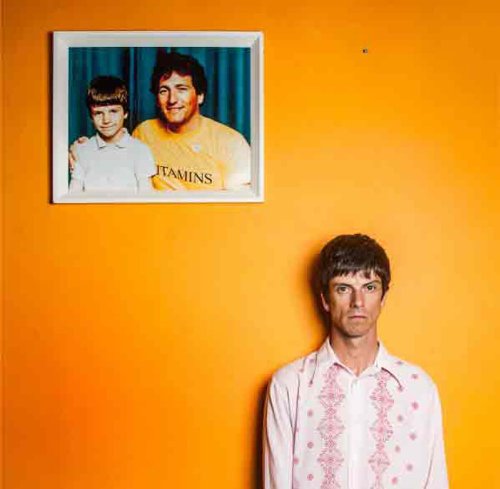 Situation Comedy is another sweetly melodic solo offering from the ex-Gorky’s Zygotic Mynci leader Euros Childs, a record predominately comprised of arcadian psychedelia and lyrical surrealism. Recorded alongside a four piece band, the influence of Syd Barrett and Ray Davies hangs most heavily, although fans of more contemporary psych-pop acts such as Grizzly Bear may well find plenty to enjoy here.

Childs isn’t yet forty years of age, but he is a bona fine industry veteran. It’s a little bit hard to believe, but Gorky’s actually formed a remarkable 22 years ago. They made a small-ish dent on the-turn-of-the-century UK alternative scene, scoring regular appearances in John Peel’s Festive Fifty throughout the late 90s before disbanding in 2006. Since then, Childs has remained a prolific maker and performer of music, averaging roughly one new solo LP every 12 months in addition to forming Jonny, a well-received collaboration with Teenage Fanclub’s Norman Blake, a couple of years ago.

A quick glance across the track listing would seem to confirm Childs’ worldview as defiantly provincial. This set of whimsical folk lullabies, sung in Childs’ distinctive Welsh brogue doesn’t totally dispel this notion, although there’s plenty of weirdness bubbling just beneath the surface. Rest assured, this isn’t a record built to break completely free of any trademark parochial charms. A bucolic South Wales variation on Sufjan Stevens, ‘Second Home Blues’ contains the lyric “we like to get down there four times a year”. ‘Tina Said’ chronicles the travails of a weary commuter. Heck, there’s even a song called ‘Avon Lady’, albeit a tune that closes with a flurry of ominous, ‘Ghost Town’-style diminished chords.

Elsewhere, he dabbles in soft rock with a lewd twist (‘Ooh La Oona’, culminating ‘Roxanne’-style with the lines ‘Oh, baby, it’s all economics to me, are you looking for love?’), eerie Soylent Green-style fantasies (‘Give The Girl A Hand’), country-tinged laments (‘Daddy’s Gone) and stuttering glam rock (‘Good Time Baby, Talk to Me.)’ The sepia-tinged ‘Holiday From Myself’ recalls the rueful early work of The Coral – a band who’s line of descent can easily be traced back to Gorky’s.

So far, so user-friendly. However almost a third of the album’s total running time is take up by the closing track ‘Trick Of The Mind’, a miniature piano odyssey that drags on for nearly 15 minutes. In spite of what precedes it on ‘Situation Comedy’, it’s a lasting reminder that at heart, Childs will always insist on marching to the beat of his own drum.