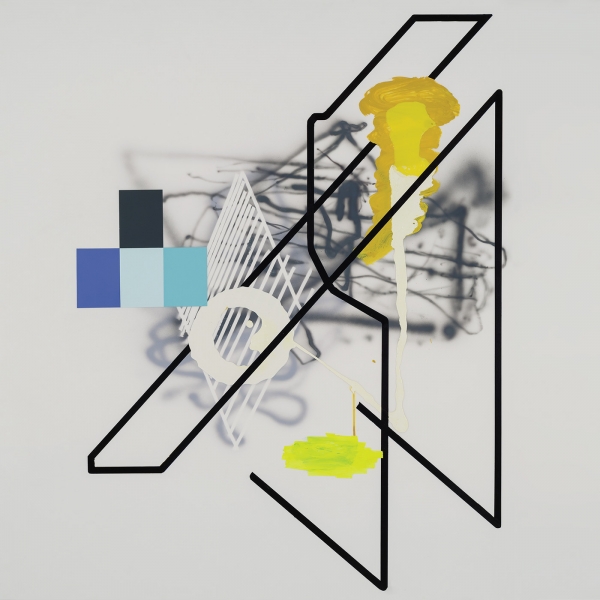 Juno-winning Canadian chamber group Esmerine’s sixth album channels the existential and environmental dread of their Montreal neighbors and labelmates, Godspeed You! Black Emperor, through a state of graceful introversion not unlike that of an old peer in modern chamber music, Rachel’s, from Louisville, Kentucky.

Mechanics of Dominion begins with a single sustained piano note, left alone until it has almost fully faded out. It rings out again, joined by a few more in short rise and fall succession. The orbits of repetition elongate, tugging stray atmostpheric wisps into their gravity. The piano accelerates from circling to swirling. Strings stretch in resistance. The spaces in between “The Space in Between” tighten with each twist.

“La Lucha Es Una Sola” then glides into view dragging fingers gently along metal chimes. The bass strings thunk with hesitant steps. A marimba beckons the slow procession forward and makes a sudden pivot. Booming rock drums and solemn horns take charge for a time before it all resettles. Strings and marimbas again point the way forward on the rousing locomotive “La Penombre.” The springs, pings and echoes that begin “La Plume Des Armes” evoke a feeling like being inside of a cuckoo clock that is being slowly submerged into the sea, before the piece grows legs and marches away as the first half’s ‘La La La’ trio winds down.

Named for the memorable rallying cry of Argentina’s 2001 uprising, “Que Se Vayan Todos” (“all of them must go”) is a day’s riot in five minutes, gathering tiredly in the dawn and building to a violent clamour. The title track stomps and spins with strands of the Turkish music influence the ensemble collected with their 2013 album, Dalmak. The almost-finale “Northeast Kingdom” pleads for peace and respite, but Mechanics of Dominion is aware of how uncertain any meaningful resolution appears.