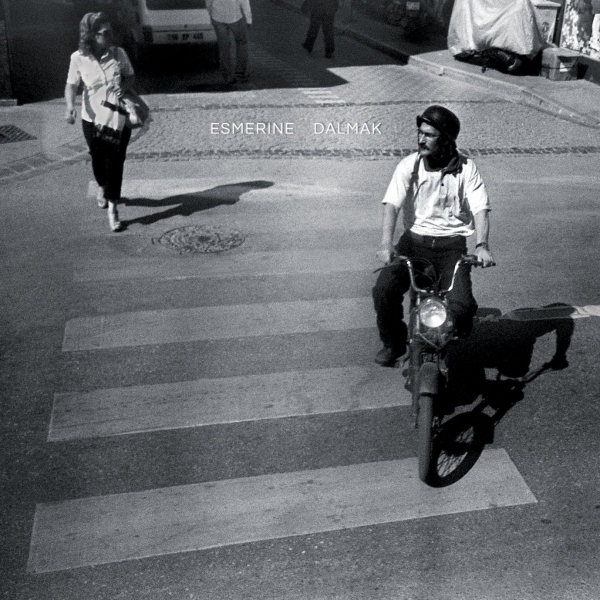 Over a decade since the release of their debut, If Only a Sweet Surrender to the Nights to Come Be True, Canadian chamber minimalists Esmerine are dropping their fourth studio effort, Dalmak. The quartet, comprising co-founders Bruce Cawdron (of Godspeed You! Black Emperor fame) and Beckie Foon, as well as recent additions Brian Sanderson and Jamie Thompson, spin a fine web of noise – it’s fragile, tempestuous, pensive and sprawling – as they experiment with languid strains of clinical harmony, exploring avante-garde themes in neo-classical music, electronica and post-rock.

After lengthy tours of Europe brought Esmerine to Turkey – Istanbul specifically – the group were invited for a residency in the city. A significant portion of Dalmak was then recorded and written in the ancient metropolis, and the band were joined by a spray of Turkish session musicians for various tracks. The word ‘dalmak’ itself is Turkish, roughly translating to ‘to be absorbed by’ or ‘to dive in’; the LP is about the foursome submerging themselves in an utterly different culture, and also about trekking into your mind on voyages of self-discovery; there’s a meditative aspect to the album, between titans of hysteria and goliath frenzied welts.

‘Learning To Crawl’, one of the tracks recorded at home in Montréal, has a stronger reliance on quivering cello harmonies, greyscale soundscapes and classical-folk rhythms. It’s a lament, pure and simple, with the strings echoing tears of mourning. Where a lot of the album focuses on a very particular culture and region, it’s a portion of ‘white space’ if you will, where your ears can rest. Not that it’s dull by any measure, but it requires less active listening than, say, ‘Barn Board Fire’. ‘White Pine’ is another cut that’s less about the Turkish inspirations and more a showcase of Foon’s prodigal cello talent; a pitter-patter of repeated motifs collude with strings that pirouette and sashay like ballerinas. Gradually, the cellos and violins engorge. What begin life as minuscule anxious threads rapidly becomes something colossal and all-encompassing; Esmerine summon music to drown you, relying on minimalist techniques to build a claustric effect.

‘Translator’s Clos I’ is a cinematic trove of exotic instrumentation (such as the apathetically named ‘meh’ and the urbane erbane) and brooding, shadowy passages. As the ode unfolds, and expansive sonic worlds become quasi-tangible, you get the niggling sense of familiarity – perhaps not for everyone, but for some, there’ll be a sudden realisation. You’ll want to leap between sandblasted abodes, through multicoloured bazaars and past scimitar-wielding Janissaries – yes, the Assassin’s Creed series rears its head. It’s probably due to the fact that Turkish music isn’t common in British/American pop and rock, so the little exposure we get to it forms the basis of comparison. Regardless of if you’re familiar with the series or not, the drama and pace and tension with ‘Tranlator’s Clos I’ will ignite a burning desire to partake in parkour. ‘Tranlator’s Clos II’ is considerably more Arabian sounding; the repetitive plucked strings and wild percussion rekindle memories of Omar Souleyman, sans vox, and though the timbre is poppier and groovier, it’s still overbearingly cinematic. It could easily soundtrack a desert-based film caper.

Album number four has Esmerine departing (mostly) from what we’ve come to expect from the outfit. They’ve made a cracking collection of songs on Dalmak that are immersive and highly visual – even without lyrics, the four-piece are adept at weaving tabula rasa backings on which vivid imaginations are free to roam and gallop like free-range chickens. Though the first link to be drawn when it comes to electronic, cinematic Turkish-flecked music was to Assassin’s Creed, the band do ensure that the similarities aren’t too strong, and they ultimately craft gorgeous, sparkling experimental noises that blur the line between post-rock, minimalist electronica and Turkish folk. It’s a humbling concoction that’s all too easy to get lost in.