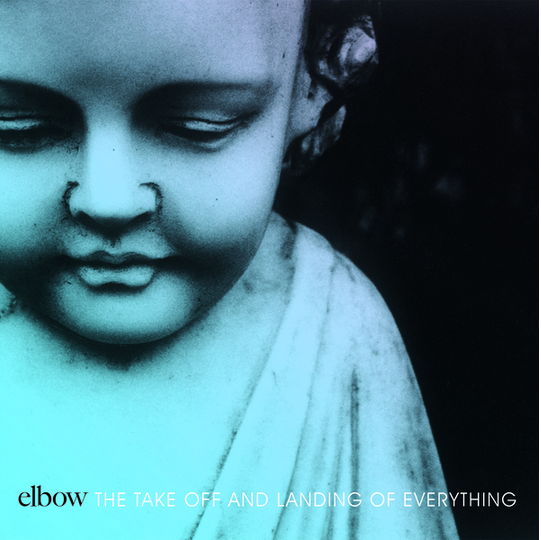 I have a strange relationship with Elbow’s music. Extensive world touring aside, there’s enough geographical overlap between my own life and Guy Garvey’s to ensure that the relatable, everyman quality of his lyrics is distorted to a cartoonish extreme. On “Grounds for Divorce”, he sings of the “hole in my neighbourhood down which of late I cannot help but fall”; that’s the Temple on Manchester’s Oxford Street, a literal drinking hole where I’ve seen off more pints of Krombacher than I care to mention. The doorway he references on “The Bones of You” is that of Koffee Pot, the Northern Quarter café that serves the finest scrambled eggs on toast known to man. Hitting closest to home – quite literally – is “Open Arms”; you don’t know the true meaning of the word ‘surreal’ until you see a song about the North Manchester social club you’ve celebrated countless family milestones at being performed in front of a televised audience of one billion, at the Olympic closing ceremony.

What doesn’t quite resonate with me, though, is Garvey’s proximity to middle age being reflected in his affably honest approach; Build a Rocket Boys! saw him reminiscing about young love (“Jesus Is a Rochdale Girl”) and the youth of today (“Lippy Kids”) in a manner that I likely won’t be entirely in tune with for another ten or fifteen years yet. On the clumsily-christened The Take Off and Landing of Everything – what happened to the gorgeous working title, Carry Her, Carry Me? – he carries on down that same road; not surprisingly either, given that he turns forty just four days before the record’s release.

It’s also worth bearing in mind that Garvey is by no means a subscriber to the Radiohead train of thought as far as the big hits go; “One Day Like This” is certainly no “Creep”, and you get the impression that he’d still be belting out that seemingly interminable refrain with a grin matched only by his gusto if he lives to be a hundred and forty. That was probably the biggest criticism leveled at their last album; that the band had taken their newly-found, Mercury-fuelled arena status a little too seriously, with too much of an onus on producing stadium singalongs and not enough of the intimacy that had previously been their strongest suit.

Early indications for this record were good, with double-headed single “Fly Boy Blue / Lunette” providing a tantalising preface. Effectively two songs in one, the former half has the band returning to the sonic leanings of their debut, with effect-laden vocals, brazen trumpets and a crunching guitar riff. The latter part, “Lunette”, sees Garvey on the lyrical form of his life, framing ruminations on his own mortality with delightful wit (“I’ll still want a double of good Irish whiskey / and a bundle of smokes in my grave”.)

As it turns out, “Fly Boy Blue” is something of an outlier; there’s nothing anything like as brash anywhere else on Take Off. In fact, as if in direct response to the grandiosity of Build a Rocket Boys!, there’s quite a bit of minimalism here; instrumentally, several tracks are pretty slight. Opener “This Blue World”, a reflection on the recent collapse of Garvey’s long-term relationship, makes for a gentle introduction; the percussion’s barely there, the guitar lazily weaves in and out, and it’s the vocals that are doing most of the work, with a piano-driven landscape change at the five minute mark as close as it gets to any kind of payoff.

“Colour Fields” takes a similar tack with its subdued synths and elegant acoustic guitar; it almost sounds as if Craig Potter, in his role as producer, dialled down the volume on the instrumentation, allowing the vocals to lead the way. There’s a touch more belligerence to “Charge” – “glory be, these fuckers are ignoring me” probably counts as a snarl for a chap as unremittingly nice as Garvey – but even that feels restrained, save for a late, dramatic burst of strings.

So pleasantly surprising is the return to more subtle territory that you can afford them one indulgence of their post-Mercury leanings; “New York Morning” sounds like a stab at original material by an Seldom Seen Kid-era tribute band, with clunky, by-numbers lyrics – “a modern Rome, where folk are nice to Yoko” – and an insipid chorus that doesn’t soar like it’s designed to. It’s everything that the album’s standout, “My Sad Captains”, isn’t; that melancholic ode to Garvey’s drinking buddies, delicately underscored by wistful horns and yearning backing vocals, is a beautifully-executed reminder that, at their most nuanced, nobody pitches poignancy as perfectly as Elbow.

You also have to suspect there’ll be at least one attempt at a new “One Day Like This” on every new record henceforth; it was “Open Arms” last time out, and here, it’s the title track. It doesn’t fit as snugly into that same category of euphoric singalong, though; in fact, Garvey’s layered vocals are gradually swallowed up during a climax that never quite reaches cacophony. Instead, a washed-out string section and dainty piano riff simmer, then fizzle out.

Perhaps that’s indicative of what Elbow have tried to do with this record; everything feels as if it’s been pared back, and that’s presumably the sound of the band beginning to figure out how they can move forward now that the Mercury honeymoon’s over – they seem intelligent enough to know that standard-issue arena hymns won’t sustain them forever. They didn’t quite manage to move past The Seldom Seen Kid on Build a Rocket Boys!, but with Take Off, they’ve both cemented their place as a British institution and hinted that their best might yet be to come.