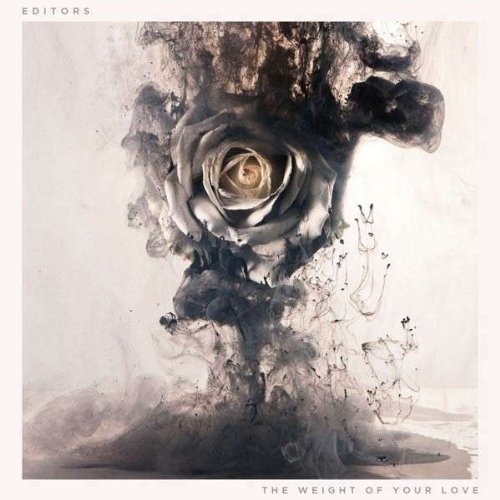 The first track from Editors’ fourth record The Weight of Your Love sees frontman Tom Smith bellow in his best Dave Gahan, “I promised myself I wouldn’t sing about death/I know I’m getting boring.”

It reveals the pain of a perpetual sulk, a dissatisfaction with constant dissatisfaction. After all, the band is among the best and gloomiest company of noughties-era post-punk revivalists. And, as latter albums by The Cure, this Bauhaus song and The Horrors’ Skying prove, even goths have to smile sometimes.

Yet that particular line from ‘The Weight’ is out-of-context; the track itself is the album’s most melodically and lyrically forlorn. Smith continues, “I’m a lump of meat with a heartbeat,” and, “everyday I pray I’m the first to go/Because without you I’d be lost.” With a consistent notion of nihilistic self-loathing, gothic string sections, a demonic choral chant and other tormented atmospherics, it’s Arcade Fire if they were Satan’s house band.

But there is some validity to the initial assertion; even while they may binge on darkness, Editors are anything but ‘boring’ here, and seem very diligent on this record in ensuring the fact. One thing is for certain: this is not (and is anything but) their previous record, 2009’s In This Light and On This Evening, also produced by Flood – whose track record includes the likes of U2 and Depeche Mode, and whose affects are quite evident. In This Light, whilst indeed a UK album chart topper, was almost entirely a synthesizer exercise, and a huge aside from the anthemic, emotionally-swollen, instrumentally-mature piano-and-guitar-driven sound of the band’s first two albums.

On album four, however, Editors have never sounded more organic. In addition to tasteful layers of acoustic/electric guitar and piano, full string and horn sections appear almost anywhere else they can. Take two huge album notes: ’What Is This Thing Called Love’ is a ballad with a lyrical melody nigh on tongue-in-cheek for how verbose and sentimental it sounds – in an 80′s prom night manner (think Alphaville) – but with the affected curtain of percussion, strings, piano keys and Smith’s wrenching voice at play, it ends up being one of the most genuine tracks on the album. Then there’s ‘Honesty’ – big, crisp, and entirely singalong-able, it’s an intricately produced, all round brilliant pop song that could pass for a lost excerpt from Songs from the Big Chair, with a little added urgency in the vocals.

The record feels like one big space exploration, for both the listener and the band, as nothing comes across as repetitive or trapped in a single niche, although the 80′s do keep cropping up (‘A Ton of Love’ simply is an Echo and The Bunnymen song, a la ‘The Cutter‘ or ‘The Back of Love‘). While the references can be pretty overt – especially in the first half of the album – there are moments of true, melancholic beauty that emit straight from the soul of this mature and still maturing group. ‘The Phone Book’ is the most mimimal, rawest track present, and it also ends up being one of the most memorable – a folk-y number with an inhibited bluegrass beat and a codeine-dipped guitar noodle that slightly evokes The Smiths’ ‘This Charming Man‘. On it, Smith emotes with the inflection of a more considerate-sounding Morrissey: “Sing me a love song / From your heart or the phone book/ It don’t matter to me/ I’m the apple, you’re the tree/ I won’t fall when you’re shook.”

The band’s audible aspiration towards greatness on this album is the most welcome aspect about it. You can hear the effort that was put into making it as galactic and sprawling as it is. Above that, and most immediately, you can hear the restlessness in Smith’s voice, no longer restricted to its introverted baritone as it flails, begs, beckons, and finally comes out of its shell. We can only hope Editors continue to remain so restless.