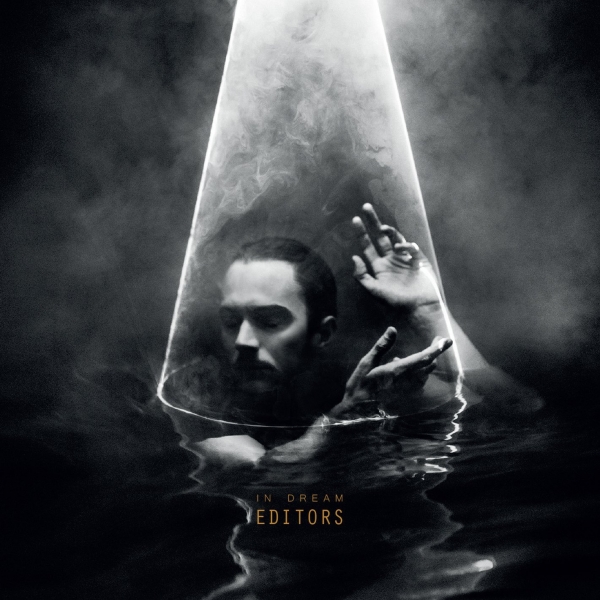 Some band names aren’t to be taken literally; take Editors, who aren’t really into the idea of ‘less is more’. Now if only they went with ‘The Embelishers’...

On Editors’ follow-up to 2013’s Flood-produced The Weight of Your Love, and second without guitarist Chris Urbaniwicz, In Dream sees an unsupervised band exploring a studio full of scattered toys and instruments to produce something moving, but a little lost.

“No Harm” enters like a baby’s first heartbeat. Digital tones skip and arpeggiate beneath exasperated cello breaths as a hushed Tom Smith sings, “My world just expands / Things just break in my hands / I’m a go-getter.”  With an unconcealed Red Right Hand, Smith swears to acquire greatness at all costs, while gently assuring that “no harm” will come from his actions. He is a wolf in sheep’s clothing.

“Ocean of Night” attempts to offer some comfort from this bleak, abusive world with the help of a Paul Simon percussion suite, a simple piano progression, and a solar system of textural nourishment as Smith insists repeatedly “I am your hope down the wire/So you can hold back the fire.” It’s big-sounding pop with a heart of gold, and goes down just as smooth.

Editors have a lot to work with and a lot of work to do.  They certainly have Tom Smith’s ability to pour his heart out while sitting down. They have great '80s new wave/post-punk influences they never shy too far from. They have two additions (Justin Lockey and Elliott Williams) absorbing the void left by a lead guitarist (whose “heart wasn’t in it anymore” according to Smith), offering trunks of sound and allowing Editors' collective beauty potential to reach great new heights.

Where Editors might fall short is how they reach for Neptune and only find Jupiter. Their ambition to soar means they create huge songs full of life and vitality, at perhaps the expense of long standby times at the space station waiting for the shuttle to come in.  Which is say that each song averages out to five minutes whether it deserves to be or not. “All the Kings,” for instance, has an eternal Icarus of a build-up to a climax that doesn’t quite take us to heaven, but ascends pleasurably nonetheless.

There's a lot of diversity here; so much so it can be overwhelming, maybe even overloaded, at the first few listens through.  But the more pensive walks around town, jogs on the treadmill, and careful bedside listens you offer, the more there is to be extracted certainly. There's slow, sweet balladry (“At All Costs”); brooding organs and tortured whispers (“The Law”); Tears for Fears-scale stadium power (“Salvation”); morbid dance music (“Life is a Fear”); all-guns-blazing prog-pop (“Marching Orders”); and more color and intrigue than can be classified in a single sitting.

In Dreams skirts a line of uncertainty between if the album is too over-populated or if the listener is too feint of heart. The album simultaneously revels in its everything-but-the-kitchen-sink production restraint and suffers from it. It finds so much symbiosis in throwback synthesizers and organic instrumentation, in both affected beat samples and a band in the room hitting all the right notes hard, to where everything can be an option and often is all in a single song.  Which is perhaps why In Dreams is equal parts agony and ecstasy - some dreams you hate to leave, while some just feel inescapable.