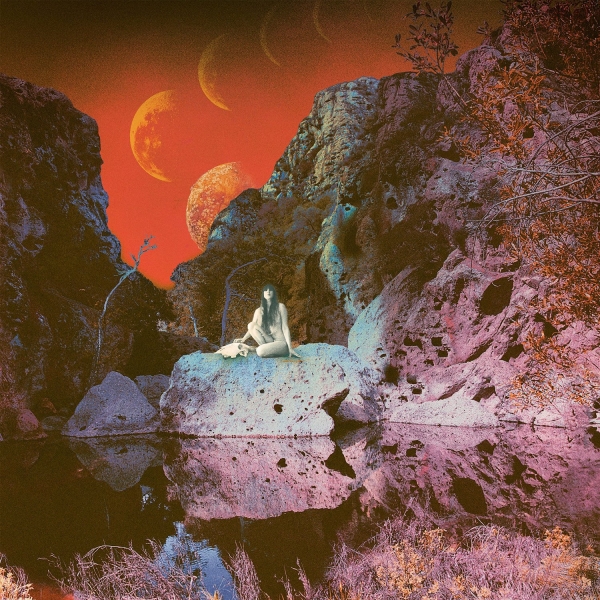 Always the same, always different. The late John Peel’s summary of The Fall could just as easily be employed to describe Earth.

For a quarter of a century, the Seattle-based outfit, with guitarist Dylan Carlson as its sole constant, have built a singular body of work dedicated to one common theme. Whether exploring impossibly dense, nearly immobile drones on earlier albums, leafing through late-60’s jazz-rock freak-outs for inspiration (2006’s beautiful The Bees Made Honey in the Lion’s Skull) or devoting two albums to steroid-crazed interpretations of the folk song form - Angels of Darkness, Demons of Light I (2009) and II (2010) - Earth have stayed steadfast in their scholarship of the riff, the central ingredient to almost any rock classic you could care to mention.

The addition of bassist Bill Herzog and guest guitarist Brett Netson and Jodie Cox to the core duo of Carlson and long-term collaborator Adrianne Davies on drums brings Earth closer to adhering to the rock ‘n’ roll conventions than ever before on this, their tenth album. However, belief in the mighty force of a few judiciously sequenced power chords remains the only thing Carlson and co. pick from the rulebook of rock classicism. The five lengthy workouts included here aren’t so much songs as immovable monoliths, dense, XXXXL-sized slabs of sound at its most uncompromisingly, unbendingly heavy. If mountain ranges could pick up instruments and jam, the resulting noise could possibly resemble the colossal “Even Hell Has Its Heroes”. Not that much happens during its 10-minute duration, but the subtle shifts in tone - screech of feedback, a pulverising flurry of notes - are executed with such all-encompassing intensity that it really doesn’t matter. It’s an experimental sound, but whereas in many cases experimentation leads to proceedings becoming overly complicated, Earth push the envelope by purifying things even further: their sound is simultaneously progressive and primitive.

With three guitarists meshing and colliding all over the invitingly warm mix, Primitive and Deadly could be seen as Earth’s ultimate statement on six-string worship. However, it’s very far removed indeed from the kind of twiddly virtuoso workouts that ‘guitar albums’ usually succumb to. There’s barely anything you could describe as a ‘solo’ with a straight face here. Instead of showcasing individual skills, Carlson and the guest guitarists focus their efforts on exposing the gargantuan potential of an axe-wielding collective pulling in the same direction in their efforts to unearth the ultimate texture and tone. The outcomes, shadowed - or is that led? - by Davies’ minimalist drummer, the lightness of touch of which is deliciously at odds with the heaviness that surrounds it, achieve a singularly unhurried momentum: grooves to dance to in concrete boots. Imagine Black Sabbath slowed down almost to the point of stopping altogether, or the most thickly textured slabs of Neil Young & Crazy Horse’s feedback-drenched live meltdowns.

That’s all business as usual, albeit executed a more irrepressibly than ever before: the riffs are that extra bit sharper, the melodic hooks more clearly defined. What sets Primitive and Deadly apart is the prominent role of vocals. Starring Rabia Shabeen Qazi of Rose Windows, the epic “From The Zodiacal Light” is easily Earth’s most immediate moment to date, but it’s the two slow-burning cuts featuring Carlson’s old buddy and fellow Seattle-ite Mark Lanegan that really stun. At first, Lanegan and the band seem to pulling in opposite directions, but the tracks soon cohere into definitive statements on the issue of doom and gloom. The mournful “Rooks Across The Gates” is extremely impressive, a desolate lament set in the template of arcane folk songs, coated in the grisliest produce modern amplification technology can offer. However, the apocalyptic visions of “There Is A Serpent Coming” provides the album’s knock-out punch. The combination of hellish scenarios of impending catastrophe, delivered in the unhinged tones of a mad preacher who’s quite looking forward to the bloodier ends of this rapture business (the relish with which Lanegan utters the word ‘deadly’ is worth the price of admission alone), and the most densely dark tones in Earth’s arsenal is almost preposterously doom-laden at first, but before too long you’re hooked: by the end, you can almost hear the click-clack from the hooves of the four horsemen of the apocalypse. This is properly heavy fare, a sound utterly bereft of light yet still richly, intensely, rewardingly musical that makes the evil posturing of the extreme metal posse seem even more daft. 25 years in the business, and Earth keep improving: you can’t say that about many bands.