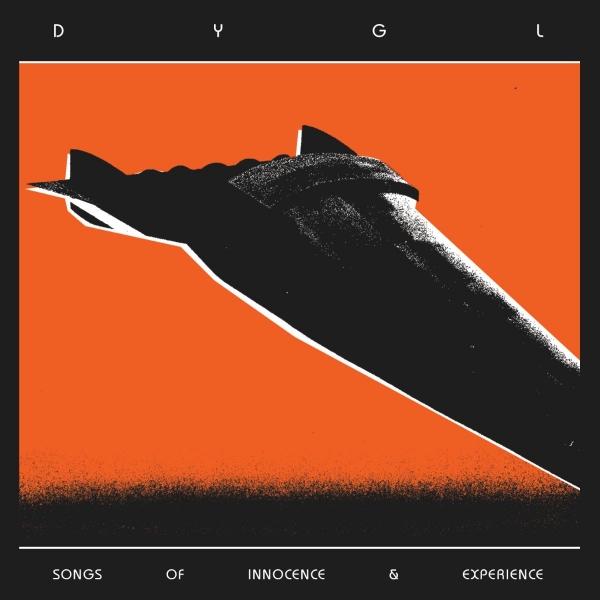 Songs of Innocence and Experience, the second album from Tokyo band DYGL, is named in homage to William Blake’s book of poems, and explores religious repression and overbearing societal doctrines.

Singer and guitarist Nobuki Akiyama felt a connection between Blake’s work and his lyrics, “I felt both sides of life…quite depressing and sad, but at the same time there’s some cheerful, fun melodies, some passions and anger, and some comforting silence.”

Produced by former Test Icicle Rory Atwell in various studios around the UK, Songs of Innocence and Experience is love letter to a youth that the young Japanese musicians have only read about online. The sophomore release has a more varied, explorative edge than their debut Say Goodbye to Memory Den and from the opening Pixies-tinted track “Hard to Love”, you’re thrown into a nostalgic whirlpool of '90s and '00s pop and rock.

“Paper Dream” is impossible not to love, and plays out like a love-child of The Strokes and Morrissey. “Spit it Out” spills over with Misfits-style rock-a-billy sass and harks back to the band’s roots in punk, much like “Bad Kicks” which channels more of a hard-edged Sex Pistols vibe interlaced with surf reverb. These tracks are about breaking free from the increasingly conservative culture in Japan, Nobuki explains “talking about politics and sexuality and these kind of things is sometimes offensive to Japanese society, so people try to be quiet but it’s really stressful for everyone.”

And while “Don’t You Want to Dance in This Heaven” is more sedate and melodic, it also points to the repressive culture in Japan, specifically relating to the Fuieho law, which forbade people from dancing after midnight and which was only repealed in 2015.

Peppered with plenty of sway-worthy ballads, Songs of Innocence and Experience is an album of homages, drawing from Britpop favourites Blur, The Libertines, Coldplay, and while revealing hints of Ween and the Black Keys it also has the songwriting savvy of The Ramones. Typically, this sort of copy-cat endeavour would render an album a no-go zone, but knowing that it’s a genre mash-up from a band of young dudes from Japan who have fallen in love with the past, it feels okay. It’s been nicely done and lovingly produced and is a super-fun way to dance into summer.