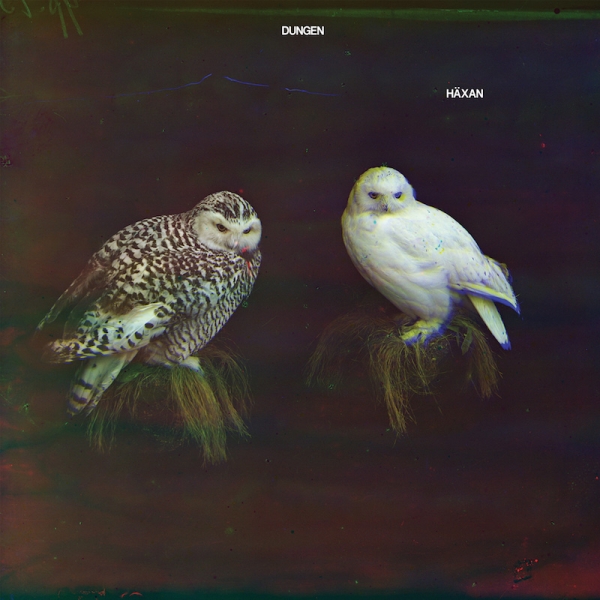 It seems that the five-year silence between 2010’s Skit i allt and last year’s outstanding Allas sak must have been as hard to bear for the band as it was for their fans, as Dungen return with uncharacteristic haste with Häxan.

To be fair, this isn't exactly a standard-issue Dungen album. The Swedish quartet were invited to compose a soundtrack to the oldest surviving animated film, 1926’s The Adventures of Prince Achmed. These 14 all-instrumental tracks are the spookily hypnotic, frequently funky and never less than totally engaging outcome.

Unlike some soundtracks, Häxan doesn't require the context of the images it was made to accompany to cohere and compel. Around the time of their international breakthrough, 2004's psych-rock masterpiece Ta det lugnt, Dungen were a largely studio-based vehicle to showcase the songwriting and production prowess of multi-instrumentalist Gustav Ejstes. Since then, Dungen have gradually bloomed into a fearsomely potent four-piece who keep travelling further and further away from the high octane The Who and Hendrix worship that marked their breakthrough, towards some previously uncharted territory where bucolic funk, jazz-tinged prog, psychedelic folk-rock, acid rock meltdowns and hip hop-influenced love of the groove coexist in perfect and perfectly unpredictable harmony.

The free-flowing, loose and organically throbbing Häxan is a logical culmination of that process. Although these tracks are much more melodically and dynamically arresting than unfiltered jamming, you'll often feel like you're glimpsing in on workouts that could well have gone on for hours purely because, having picked up this much momentum, the musicians were unable or unwilling to stop. More than any Dungen album to date, Häxan is first and foremost a record in love with the groove; even the odd moments psychedelically frazzled hard-rock riffage seem to have a fair bit of wind under their wings. It's often wonderfully evocative too. The momentous lift-off achieved during "Achmed flyger" (‘Achmed flies’) suggests that, keeping with the scene it was written to accompany, the band have also put some distance between their feet and the ground. Far from a fans-only stopgap, Häxan sustains the creative peaks the band scaled on Allas sak.