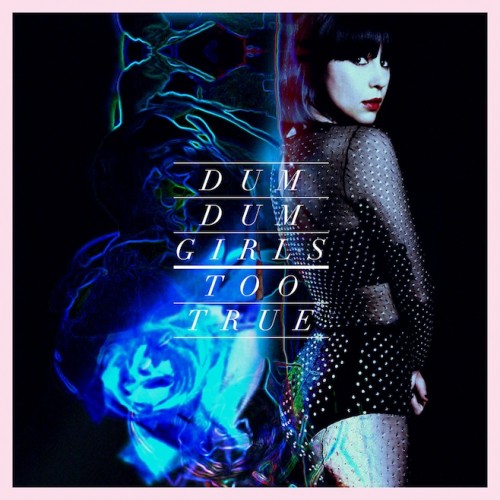 The stylistic jump between the first two Dum Dum Girls records was so stark that you could forgive the casual listener for wondering if they were even listening to the same band. I Will Be was a snappy, half-hour exercise in scuzzy guitars and mildly-distorted vocals, whilst Only in Dreams – released a little over twelve months later – was much cleaner in its sound, and a touch more melodic, too. You could probably draw a comparison with the difference between the first two Best Coast albums, if it weren’t for the fact that Only in Dreams, unlike The Only Place, wasn’t interminably dull.

I Will Be was effectively the one-woman bedroom project of lead Dum Dum Girl Dee Dee Penny, or Kristin Gundred when she’s at home. Only in Dreams, on the other hand, was a full-band affair, and repeat listens will have thrown up more similarities between the two than you might have spotted initially. Both were underscored by Dee Dee’s sharp ear for a good hook and her appreciation of pop melodies, and the second LP provided evidence that she was no stranger to harmonisation, either. Add to that a Johnny Marr-does-C86 guitar tone, and you had the basic blueprint for the Dum Dum Girls sound; gloriously nostalgic pop music, delivered so lovingly that it was hard to pick fault on grounds of unoriginality, however much “Coming Down” might’ve sounded like a carbon copy of Mazzy Star’s “Fade Into You”.

The last hints of the old lo-fi sound that lingered on the last album have been well and truly stripped away here; Too True is an invariably slick effort. It’s definitely a darker-sounding record, too; there’s a clear preference for moodier eighties influences, with nods to early Cure (“Cult of Love”) and The Jesus and Mary Chain. In making this transition, though, they’re putting a perilous distance between themselves and the sound that made their earlier efforts so compelling.

There’s no question that Too True holds Dee Dee’s vocal shortcomings to the light in unflinching fashion; the kind of menace necessary to make the shift to these gloomier textures a convincing one is conspicuous by its absence. It’s not difficult to spot what she’s aiming for; breathy, Bush-esque eccentricity on “Evil Blooms” and “In the Wake of You”, deadpan matter-of-factness on “Lost Boys and Girls Club”, but there’s ultimately not much to distinguish between her various guises, and they pass you by in a jarringly gentle manner for a record that’s so preoccupied with crafting a more threatening sound.

It can’t be coincidence that the highlights here hark back to the poppy Dum Dum Girls of old; the glorious “Rimbaud Eyes” sounds like something Debbie Harry’s goth kid sister might’ve written, and “Are You Okay” has a genuinely dark undertone lurking beneath its breezy balladry. There’s hints of Bunnymen bite to the guitars – particularly on “Little Minx” – but they’re frustratingly fleeting glimpses, especially given how well they channeled A Storm in Heaven-era The Verve on the He Gets Me High EP. Monotonous closer “Trouble Is My Name” fades out with a strange abruptness that suggests that even the band themselves had grown bored of it by the four-minute mark.

As far as I’m concerned, Dum Dum Girls had put a grand total of zero feet wrong before this release. Too True, though, proves badly misguided in its decision to stray from the winning pop formula that they’d done well to establish so quickly. Tonally, it falls somewhere between the shoegazey aggression of I Will Be and Only in Dreams’ hazy hooks, but it’s lacking the former’s force of character and the latter’s infectious melodies; you’d have thought a songwriter as indebted to nostalgia as Dee Dee might’ve seen the value in sticking to what you know.