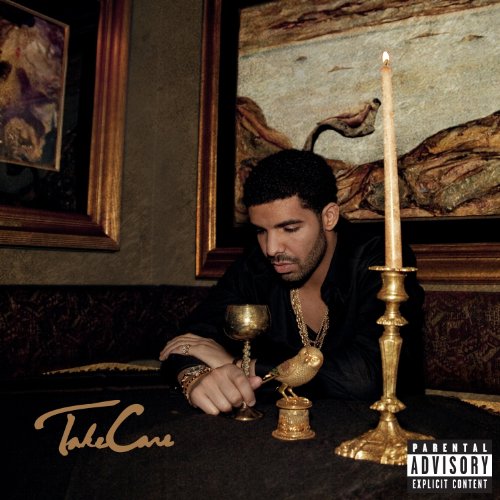 To Drake’s detractors, he’s a cynical ploy by the record industry to sell rap to women. He’s too sensitive. He’s soft. If you listen to rap exclusively for the rush of hyper-masculine aggression – it’s my favorite part, too – then his new album, Take Care, isn’t going to win you over. Like Thank Me Later, it’s an album instead crafted in the tradition of 808’s and Heartbreak, Kanye West’s 2008 masterpiece, which was received as a failure on its release but which has emerged over the past few years as the most original and influential hip-hop album of recent times. The new wave of sophisticated R&B artists, including The Weeknd, The-Dream and Frank Ocean, all spring from 808’s’ mix of hip-hop and R&B, and its dark, personal tone. Drake, although a truly talented rapper in his own right, belongs in this aesthetic. And viewed through that lens, Take Care is something approaching a minor classic.

The album starts off with ‘Over My Dead Body,’ a showcase for Drake the rapper. Sounding relaxed over a lightweight beat, Drake succinctly sums up his bravado and sensitivity: “I think I killed everybody in the game last year/Fuck it, I was on though/And I thought I found the girl of my dreams at a strip club/Fuck it, I was wrong though.” The subject matter might not be earth-shattering but the impressive part is how Drake uses his voice. His flow feels elastic and rugged; he might start a line singing and enlongating his syllables and then finish it with a cold, nasal snap. The next track, ‘Shot for Me,’ begins with a sung R&B intro before Drake starts a lament for a failed relationship, “Okay, look I’m honest/Girl, I miss you”. That melancholy permeates the whole album; even the “they know, they know, they know” refrain on the otherwise triumphant ‘Headlines’ carries a hint of sadness. Drake just can’t enjoy his success.

Take Care hits its high point with ‘Take Care’ (featuring Rihanna) and ‘Marvin’s Room.’ ‘Take Care’ at first sounds like a Rihanna club-pop track (never a bad thing), but Drake and producer Jamie xx manage to put their own downbeat spin on it that keeps it a little too sad to dance to and perfectly in line with the album’s tone. Drake slips effortlessly from singing to rapping, Rihanna’s cold, slightly otherworldly voice is used to perfect effect, and Gil Scott Heron’s ‘I’ll Take Care of You’ is sampled and chopped up so that it functions like a blue version of the “mama se mama sa” interpolation on Rihanna’s ‘Please Don’t Stop the Music’. ‘Take Care’ brings us to ‘Marvin’s Room’, the emotional centerpiece of the album. Over what sounds like a leftover beat from 808’s and Heartbreak, thick, unfretted bass, and a string sample that sounds like it’s played backwards, Drake pleads his case over the phone to an ex that she “could do better” than the man she’s settled down with. He’s left the club and is at an afterparty but isn’t having fun or interested in any of the girls there. When Drake raps “After a while, girl, they all seem the same/I’ve had sex four times this week, I’ll explain/Having a hard time adjusting to fame” it could easily come off like braggadocio disguised as pathos if it weren’t delivered in a tone of such absolute and believable desolation.

Following ‘Marvin’s Room’ the rest of the album is marked by strong guest appearances, including staggeringly great verses from Kendrick Lamar and Andre 3000. Wayne shows up twice and manages not to embarrass himself either time. Drake samples and riffs on Juvenile’s ‘Back That Azz Up’ on ‘Practice’ (“Cash Money shit”) while somehow making it his own. The aesthetic of Take Care is so well developed that it can absorb guests as stylistically diverse as Rick Ross and Jamie xx, Nicki Minaj and The Weeknd.

That aesthetic coherence marks Take Care as a major leap forward for Drake. Where his debut’s promise was dragged down by an overuse of hashtag style punchlines, an inconsistent tone, and a feeling of self-obsession and self-pity, emotion that felt canned and unearned, Take Care is buoyed by Drake’s consistently strong rapping and singing, production that feels all of a piece, and the genuine introspection in his lyrics. Take Care hits the same theme – the gift and the curse of fame and money – as its predecessor did, but succeeds as a complex and sincere portrait of a man trying to hold onto some semblance of genuine relationships in a world of sycophants and groupies.