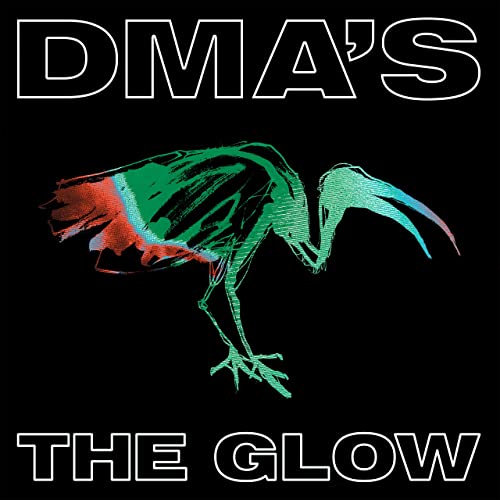 Revitalising the ‘90s Britpop scene would be a big ask for any band.

However, when Liam Gallagher describes your second album as ‘biblical’ to his millions of Twitter followers, you know you better sit up and listen. What if these Britpop revivalists were three young lads from Australia?

Having played with Liam Gallagher, Noel Gallagher’s High Flying Birds and Kasabian over the last number of years, the Sydney natives have acquired a loyal fanbase up and down the UK through their ‘Madchester’ sound and the honey sweet vocals from the Burberry cap wearing vocalist, Tommy O’Dell.

DMA’s third studio album The Glow sees Britpop remain front and centre. Yet, something is different. Their music flirts with dance melodies feeling more expansive, and this collection of 11 tracks demands to be played live.

Glimpses of The Charlatans and Primal Scream can be heard throughout the opening track “Never Before,” with its dance-inspired bassline and anthemic chorus. However, as O’Dell’s velvety croons enter, it is undeniably a DMA’s track.

It's the characteristically smooth vocals that provides the backbone to the album. From the first single “Silver,'' a song that is sure to rival fan favourite “Delete” from their 2016 debut Hills End, to the stripped-back, ballad-like “Learning Alive,” it is O’Dell’s impressive vocals that keeps The Glow grounded in the distinctive DMA’s sound.

The Glow isn’t just another album in the band’s discography. It sounds like a coming of age, an album that is limitless in its imagination and one that defies genre limitations. From the '90s inspired dance track with an adrenaline pumping chorus “Life is a Game of Changing,” to the haunting tones of closing track “Cobracaine,” The Glow combines different musical styles that showcases the Australian trio at their very best.

As the size of the venues that the three-piece perform in get bigger, so does their sound. It's evident in their latest offering that DMA’s do not plan on slowing down anytime soon. With tracks that could fill arenas, it is only a matter of time before DMA’s inject some Britpop back into the British music scene.