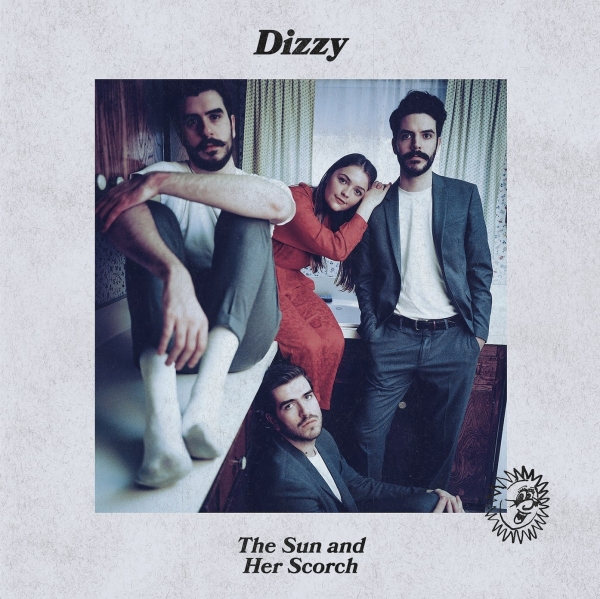 Dizzy are a band enchanted by their hometown and suburban life.

Oshawa, where the band grew up, featured heavily on their debut Baby Teeth, and the band have found plenty more inspiration from the location on their follow-up The Sun and Her Scorch. Building a museum to their hometown, they have diligently framed moments from their time spent growing up and dusted them with a generous amount of magic, romanticising small-town suburbia in that desaturated, grainy Tumblr-esque way that's so magnetic.

The band turn a period many people are keen to forget into something enchanting, taking dark and personal topics and painting them with bright colours as if with a child's heavy hand. Opening track "Worms" is wonderfully bleary Silvery threads of guitar layered over a voicemail recording construct a song about clawing your way through the dirt and breathing in fresh air again, whilst "Sunflower" is about hearing children singing outside whilst lying in bed and thinking about wanting to drop dead; the sombre lyrics drenched in sunshine courtesy of the drifting melodies. It's a juxtaposition that turns each track into a larger meditation on the short lifetimes we're all moving through, almost drawing a literal silver lining onto these moments and experiences that can be so painful. In hearing these feelings dredged up and turned into something beautiful they offer a comfort, even if it's as simple as understanding that everything is an echo of something else that has happened before and will inevitably happen again to someone else.

The magical realism woven through each song lifts these universal experiences into something otherworldly. On "Beatrice" the chorus revolves around a moment that could have been plucked from many people's adolescents: "on the pavement I spill my guts / a crowd is watching but I won't shut up" vocalist Katie Munshaw sings, a frantic moment tempered by her steady vocals and spiralled melodies. Single "The Magician" sparkles just the same nestled amongst other album tracks, a reflection on missing someone and grief, buoyed by a gentle melody that uplifts devastating lyrics about glassy eyes and wishing they could still meet you at midnight into something almost hopeful.

The duality between almost mundane shared experience and shimmering sonics turns even the most paint-by-numbers life into something worth singing about, something worth immortalising in song. Penultimate track "Ten" is a masterclass in taking an inevitable and desperately heartbreaking life experience and turning it into something comforting without disregarding any of its gravitas and intensity. Introducing an orchestral layer, the band reckon with growing up as strings rise to meet lyrics about childhood innocence and adolescent rebellion, building to ominous drums and an almost air-raid siren shriek of a sound to say goodbye.

The Sun and Her Scorch is largely a refinement of the band's previous sound – but when they sound this good there's no need to push boundaries just yet. With their second full-length, Dizzy have built upon the magic-laden suburbia found on their debut album, this time crafted with gentler hands and a sharper knife.