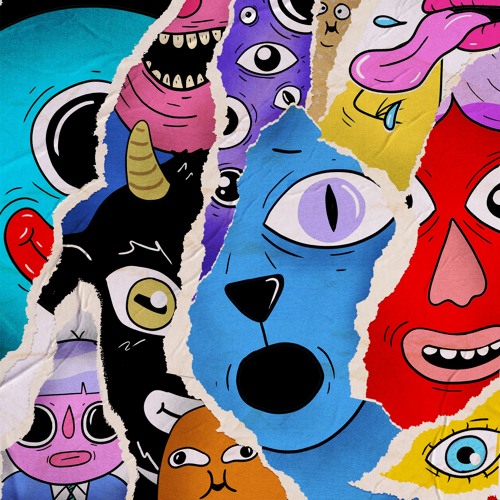 The freakboys (as they’ve been known to call themselves) of the band Dirty Nice began their career with the hopes of maintaining a Banksy/Daft Punk-like anonymity. Instead of helmets, they crafted digital masks for themselves. Though they eventually revealed their identities in order to tour, the odd and well crafted digital presence of the band remained a piece of their identity.

Dirty Nice assures their status as a Gen-Z appealing outfit by releasing animated TikToks in addition to songs. This crafting of a fictional universe contained by the internet draws inspiration from Gorillaz, and yet their music itself builds upon the sounds we associate with virtual groups, along with a touch of vibes à la indie rock. The resulting sound is one original and fun, undeniable and honest, dripping with creativity and seasoned with nostalgia. Dirty Nice are sure to be viewed by listeners as creatives demonstrating a commitment to multiple mediums.

Lobster proves difficult to nail down in its demonstration of range. The record opens on the song “Paint Your Nails Blue,” which sound to akin to Bibio meets The Shins. Others, such as “Giving Up” better recall The Strokes or Two Door Cinema Club. The surreal quality of their work, and the refreshing weirdness of their online personality crafts a world of imaginative capability without straying too far from the odd style that is all their own. Even so, the group refused to abandon the power of nostalgia to inspire by holding fast to the comforting fabric of indie rock listeners know and love.