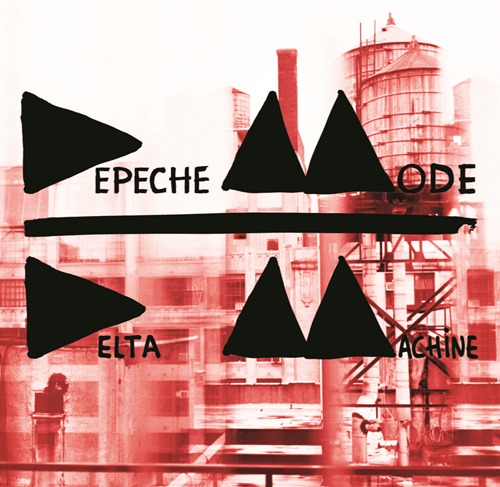 It’s always a pretty spectacular event when reunited legends release new material. The allure of such titans of music is so grand, it becomes difficult to escape the bubble of hype that surrounds whatever they’re going to release.

This year, we’ve definitely had our share of comebacks, all of which have actually fared pretty well – it’s easy to have high expectations when faced with the notion of impending fresh sounds, and all too often we’ve been left, awkwardly shuffling our hands praying that “the next song will be good, surely?”

We’ve had My Bloody Valentine, David Bowie and Suede. Now Depeche Mode are dropping their thirteenth studio record. It’s a heart-in-throat moment – will Delta Machine recapture the spirit of ‘Personal Jesus’ and ‘Enjoy The Silence’? Or will they fall flat and end the streak of wonderful ‘comebacks’ so far this year?

The Basildon boys have continued to dominate the field of brooding synth-noir, a sound which defined the eighties. Those grumbling electronics and baritone vocals are enough to make legs quiver in nervous excitement – it’s always been perilously sexy. Issues of faith, life, death and love have regularly been torn apart through Martin Gore’s songs and Dave Gahan’s vocal, often with more than a touch of apocalyptic melodrama.

They’ve matured remarkably well too – each of their post-millenial long-players performing above par both critically and commercially. More than thirty years on, Depeche Mode remain current, mostly by updating their sound and making continually modern music very well, even as they all swan towards their fifties. It’s a good omen then that Delta Machine is a heady maelstrom of contemporary noises, avante-garde electronics and sheer pop glitter.

‘Welcome To My World’ pulses into being with trembling beats and earthquake bass, and it wouldn’t be remiss to mistake the opener as the latest cut by dubstep DJ Plastician. Well, that’s until Gahan’s unmistakable snarl heralds the advent of Disney-level glamour – it’s OTT, with morose strings, grazed synths and villainous lyrics: “I’ll make your vision sing/ I’ll open endless skies/ I’ll ride your broken wings/ Welcome to my world.”

‘Angel’ is a doom-waltz, with Gahan striking up the band like a charismatic grifter. It’s bluesy, filled with tormented soul, and industrial synths – maybe we can call it bluewave? Lead taster ‘Heaven’ is comparatively subdued. It’s got the sensuality of trip-hop, the emotional ballast of pop balladry and dubstep drums. It’s a subtler cut than much of the record, and this restraint is a beautifully stark contrast, allowing more overt blues references to pollute the mixture.

Gahan and Gore have openly spoke about wanting this record to be cutting-edge and organic. It’s fails at being the latter – Depeche Mode just inherently don’t make that kind of music – but beneath all the robotic machinations and synthetic warbling, there’s a heart beating red goo. Delta Machine has intimate emotion attached to it, recalling the introspection on Soulsavers’ most recent effort, for which Gahan provided lyrics and vocals. There’s a strident bluesy streak clawing its way through the LP, which is an innovative gamble, and one that does pay off. We get a true sense of regret, fear and sadness in the music, not just the ramblings of faith/death and the overuse of ‘devil’, ‘soul’ and ‘blood’ – though there are a few mentions. Delta Machine is an album of maturity. As the trio have aged, their focus has shifted, opening up new avenues in the sounds they weave.

‘Broken’ is deliriously infectious. The chorus melody is gorgeously understated, and hands-down one of the catchiest tunes you’ll hear this year – good luck getting it out of your head. ‘Soft Touch – Raw Nerve’ berates you with pneumatic synth and classic rock guitar. It’s suave, and makes it oh-so-easy to remember why they were the hottest leather-clad band of the eighties.

Ultimately, Delta Machine is a record full of terrific moments, reminding you of why you fell in love with Depeche Mode in the first place. It’s not just the band running through the motions or plagiarising themselves either; they’ve genuinely got something new to bring to the table – a reflective side that sees wallowing and strop but also lets them ultimately emerge unscathed and rejuvenated.