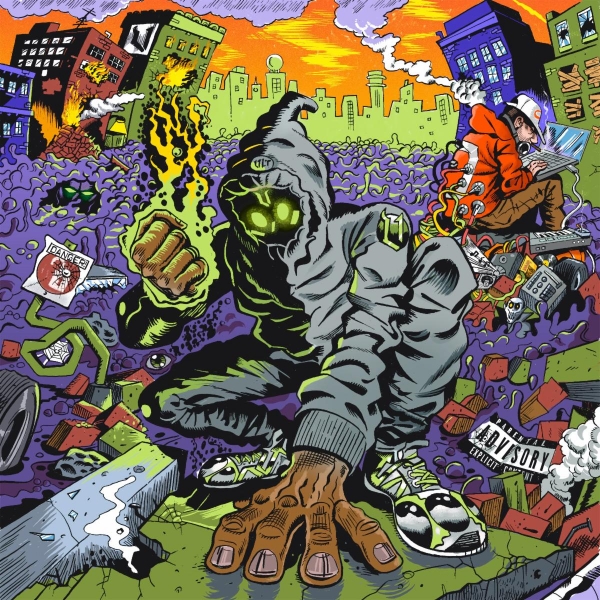 Less than a month ago, we saw Curry spit his rawest and most abrasive work in years on surprise mixtape 13LOOD IN +13LOOD OUT MIXX. On UNLOCKED, Curry has walked off the rage, but come back with Kenny Beats and a lot more to say.

The bass-heavy Miami sound we heard in 2019’s ZUU has had the Kenny Beats treatment, making this 17-minute album something so digestible and addicting to dissect. Like most projects Denzel Curry has released in the past two years, UNLOCKED came out of nowhere. Using a fake fight to tease the album, Curry and producer du jour Kenny Beats dropped a 25-minute animated visual along with the album hours after calling each other out on social media. While fake beef is a tad nauseating, the strength of these songs and volume of freakishly impressive beats and hooks more than make up for it.

Deliberately, the tracklist is a nightmare to follow. Songs blend into each other and the whole record behaves much more like a mixtape than an album. Keeping both this and the visual version in mind, they’ve made it clear the record should be sat through from start to finish. The action starts two songs in on “Take_it_Back_v2”, where Curry comes in swinging, jumps between flows and hits his punchlines with class for almost three minutes.

The reason Curry is creeping into ‘greatest of all time’ conversation is his consistency. He’s young but he’s been releasing music in multiple forms for longer than some festival headliners. The venom in some bars harks back to his rap battle days but every now and then we’re treated to another hook to remind us that he does what he wants and he does it like no one else does.

Kenny Beats blends industrial production, cleverly-placed sampling and heavy Miami bass to compliment Curry’s sporatic freestyle delivery. On songs like “DIET_”, Curry goes from the charismatic and almost conversational style of Eminem to the harsh aggression of DMX one line after another, heavily inspired by two of the world's most well-known battle rappers.

If we’re just talking about how this thing sounds, nothing on the record is particularly innovative, but the project innovates in its ideation. Denzel and Kenny have proven that they’re able to consistently put out E.P.s, singles and albums that are exciting in a way no other artists could be.