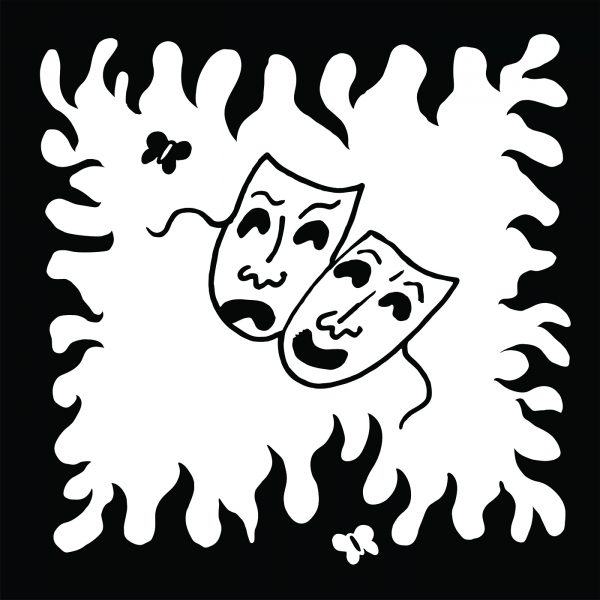 After keeping things minimal on their last offering, Dehd have levelled up their process.

In doing so, they’ve crafted a dynamic album that both celebrates their scrappy, surf rock sound and refines it into something slicker. On Flower of Devotion, production is sharper, lyrics cut deeper, and the palette is more diverse, making for a much more rewarding listen than last year’s Water and their 2016 debut.

It’s a tempestuous record, in the best way possible. From the get go, vocalists (and old flames) Emily Kempf and Jason Balla are at constant odds with each other. Opening track “Desire” is a confessional ode that spirals into a screaming match, while “Loner” emanates the sticky frustration of a too-long, too-hot summer spent cooped up with someone you’d rather be a stranger: “I’ve had enough of each other / Want nothing more than to be a loner” is proclaimed so acerbically it’d be impossible to argue back. Dehd’s most intoxicating moments are found in their absolute refusal to be restrained.

While the pair share vocal duties across the record, Kempf is undeniably the more compelling singer of the two, though it’s hard to compete with her elastic range. From guttural growls to high-pitched yelps and the warbling vibrato of “Letter”, her vocal presence is the clear highlight. That’s not to say Balla’s voice doesn’t shine too — “Moonlight” is a gorgeously penned, perfectly-paced ballad of forgiveness, in which his drawl appears especially emotive — but Kempf’s lead tracks are the ones that beg repeat listens.

The overarching back-and-forth between the bandmates culminates with closing track “Flying”, a plaintive send-off to their romantic relationship. It showcases Dehd at their best: candid lyrics delivered with an unparalleled level of catharsis, backed by heartland-tinged guitars and the powerful, unrelenting force of Eric McGrady’s drumming. There’s a certain sense of finality in the track — “If this is all that we get / So be it, so be it / It was worth it to know you exist” — but as the song soars higher than they’ve reached before, it’s clear that Dehd have just begun to bloom.