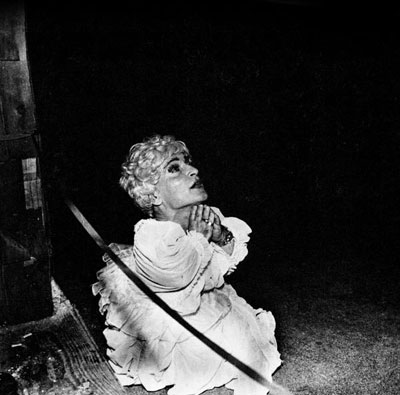 You can hear the precise point at which Deerhunter emerged. It was about halfway through Cryptograms as the sprawl of sonic discovery and noise dimmed and out of the darkness came a string of psychedelic pop songs. Until then the band seemed obtuse in the same way that Sonic Youth sometimes came across, making a listener work for the best stuff. Disguising songs and hooks can be a little obtuse, but it’s a move that at its best smacks of confidence; the staple of a band in control of the tension and release dynamic at the heart of some of the best records of the past twenty-five years.

Deerhunter have come a long way in a few short years – a slew of EPs, three albums not to mention the endlessly prolific Atlas Sound. It’s this restless creativity that makes the band so interesting, you can almost feel the process, whether or not it makes for a slightly hit-and-miss variance in their work. Even before spinning it, you sense Haclyon Digest is an important album for the band – one that should be a grand statement if they want to take their place at the table of indie big boys.

‘Earthquake’ inches in the doorframe with it’s super-slow BPM and reverse drums as a guitar swells somewhere off in the distance. The song sweeps forward collecting a swarm of delayed guitar lines on its way. There is so much room for the song to breathe that it practically heaves under its own weight. It’s a glorious start to the album and ranks along with Deerhunter’s very best moments.

Elsewhere the band continues to mine staples of sixties sound on ‘Revival’ with buzzing guitars and tambourine infused snares. ‘Revival’ is a taut little pop song, under three minutes, and together with ‘Memory Boy’ make up what is probably the bands most accessible work to date. Bradford Cox’s love of yesteryear pop is well documented and he adds a charmingly dewy-eyed spin on things. His cadence rasps and slips at the end of words, a now signature tic, ghostly in its effect.

It also helps distinguish Lockett Pundt’s emerging talent too. At the centre of the album is ‘Desire Lines’, a standout moment, written and sung by Pundt. His delivery is more straight – the Lee Renaldo to Cox’s Kim Gordon – and frames the best guitar-jam on the album. Around the four-minute mark the song ascends on a cloud of some pretty great guitar playing, lines interweaving and darting around, it becomes a psychedelic carousel with all its movement and colour. It’s an all too rare moment on the album where the band comes alive. Accomplished as it is Halcylon Digest lacks a little excitement.

The record closes with the stretching ‘He Would Have Laughed’ about Cox’s close friend Jay Reatard, a singular talent in his own right. It’s an aching tribute and despite the longing lyrics shares an odd sense of contentedness that streaks the whole album. The band sound like they are comfortable in their own skin, something at odds with so much of Cox’s previous work, which has always been characterised by an obsession with the human body, a yearning to escape it. Hacylon Digest misses some of the stream-of-consciousness magic from previous releases but it’s a fine trade off for a more thought out and accomplished piece of work.