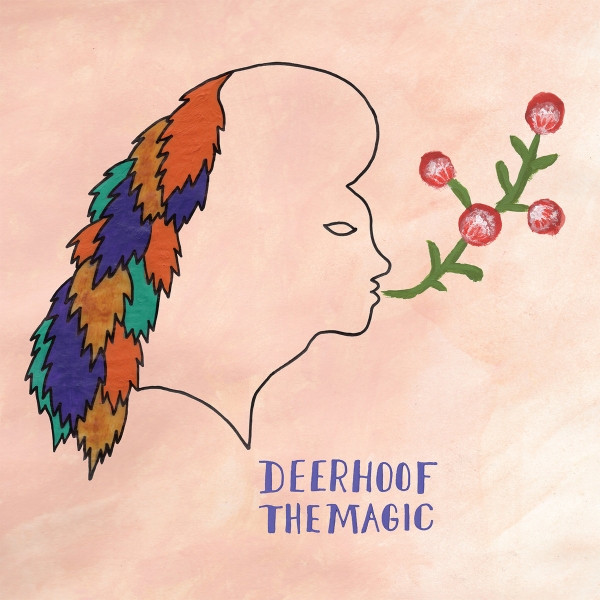 For almost any other band, naming your LP The Magic might seem a little hubristic. But not for Deerhoof. After over 20 years together, they are still at it. Their decades of work together does seem somehow magical; they seem to have access to some never-ending well of creativity.

The Magic was made, in typically DIY Deerhoof fashion, by recording in an office space (because, why not?) The group’s trademark alchemical blend of punk, noise, electro and the unexpected is stamped all over the LP. Take the first track: “The Devil and his Anarchic Surrealist Retinue”. You see the kind of place we’re headed to here…

“That Ain’t No Life to Me” is filled with shouts of joyful annihilation  — “You were born to be my grave” — followed by “Life is Suffering”, a song laden with existential angst that collides with “screams of joy”. It’s an intense start.

Then, things start to get a little more magical. Deerhoof get all ethereal and nostalgic for a moment - it’s been known to happen - with “Criminals of the Dream”, a track that’s all theatrical 80s synth strewn over grungy guitar.

“Model Behaviour”  begins in a similar vein but is then interrupted with the sounds of lasers and tractor beams from 60s Star Trek episode.

Then things get back to full-speed with the high-velocity punk-rock “Dispossessor”. Next, the quartet offers a dystopian, pitch-bending, reality-warping rendition of the Ink Spots’ crooner classic  “I Don’t Want to Set the World on Fire”, followed by  “Patrasche Come Back” - 50 seconds of lo-fi, acoustic rhythmic energy.

“Debut” is a strident, off-kilter indie-pop gem (see Hailey Reissman’s statement about it here).  The album comes to a close with “Nurse Me”, full of anarchic rhythms, interrupted by the knocking of wood blocks. The Magic proves surreal until the very end, just as promised.