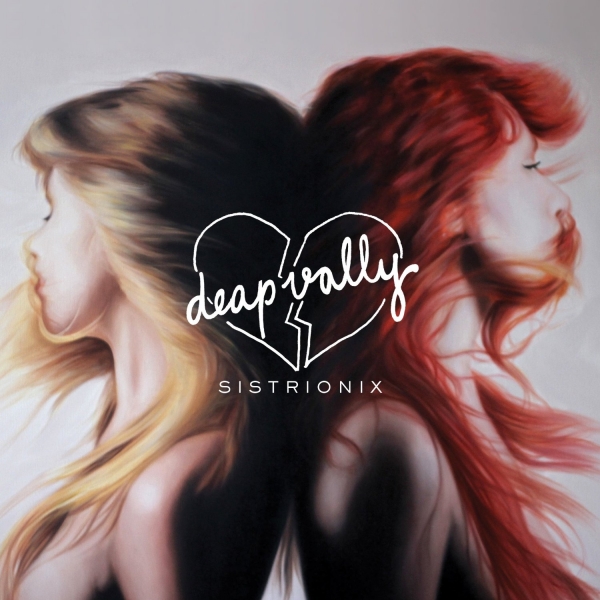 ‘Baby I call hell!’ lead singer/guitarist and Deap Vally girl Lindsey screams – and it’s a scorcher! I’ll add to that, and say baby I call hell yes! Hell yes to this record, hell yes to two hot tin-roof LA women who kick ass and don’t give a toss about much else but rockin’ and rollin’. And if this is what hell sounds like, I wanna be condemned.

The yelps, caterwauling and guttural screams come to you from a rich line of influence including Janis and Jennifer Herrema of Royal Trux fame. With an immediate urgency that’s thrust to the fore, the almost violent attack of this record roars from your speakers. The girls come out fighting and strike with the one-two jab and upper cut opener ‘End Of The World’. The metallic guitar and tumbling drums from stickswoman Julie assist the delivery of the terrific tinny wailing of singer Lindsey’s apocalyptic sermon. Total knock out.

On ‘Gonna Make My Own Money’, they do a great imitation of Jack White when he has his extreme fuzz noise metal hat on. They make trashy, vibrating guitars and squelching, high-pitched vocals akin to Karen O remarkably enticing. The excessive metal influence in the guitar takes direction from Sleigh Bells, and Black Sabbath, with copious cymbal crashes. This duo’s hard and trashy zip n rip, written in a blues garage mould, has a trashy sheen overlaying all of it. To top it all off, the power fuelled sound is hurled at us with an empowering message – these two don’t need no rich man. Oh yes, and another hell yes.

‘Walk Of Shame’ highlights their heaving heft of devil may care-ness as rapturous drums pound amid sassy riffing and feedback, with a chorus of tasty harmonizing backing vocals, in retort, on the chorus. It’s another strong statement of intent – of living recklessly and gladly and not having any qualms about it. Similarly, ‘Creeplife’ drives that home as well. Whether these two claim to be feminist or couldn’t care less – they seem to be having their cake and eating it. A delicious confection of rock ‘n’ roll, sex and volume.

More teeth clenching, vibrating power chords, whirlwind vocals and racing drumming all come on hard on ‘Woman Of Intention’ and ‘Raw Material’. And on it thrusts, through ten pummelling tracks until we reach the finale with a slightly unhinged kind of ballad called ‘Six Feet Under’. Close to the bone, rather chilling verses, sparse jazz drum hits, fuzz tremolo strikes and sways, merge with tingling soul tinged layered harmonies and R&B choral like backing to point to a possible next move for the sassy as hell Vally girls. They’ve given the folk-drenched musical world of the last few years a well timed kick in the balls.