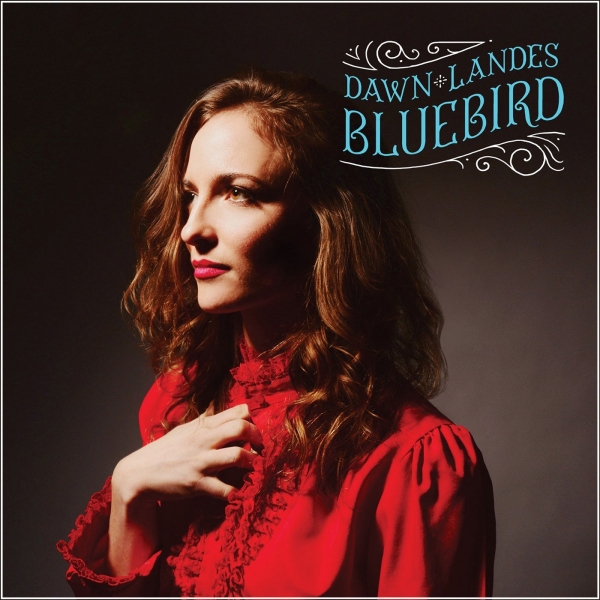 Throughout song, the bluebird is symbolic of happiness. Take “Over the Rainbow”, “Bluebird of Happiness”, and errrr, “Zip-a-Dee-Doo-Dah”. There’s literary references too: “The bluebird carries the sky on its back”, wrote Henry David Thoreau, and then the general sense of freedom that a bird often signifies – it sends a positive message. So you can both understand and question the choice of Bluebird as the title of the new album from Dawn Landes if you’re party to the news that it was written in the wake of the breakup of her marriage to fellow musician Josh Ritter.

Any record about love, whether you’re in it or you’re out of it, is a snapshot of a moment in time. Landes’ sweet country record Sweetheart Rodeo was written during the early times of her relationship with Ritter… but we don’t dwell on taking apart the lyrics of that record in what might feel like an intrusive manner. So why do we sit up and take notice, forensically examining each line, when it’s a record that’s seemingly inspired by heartbreak and collapsing relationships? “This was a time in my life coloured by many things, including a divorce, but my music is inspired by many things, from a song I hear, a book I read, just anything I experience,” said Landes recently. Putting it in the simplest terms possible, Bluebird is just another record about life and what it serves up to us each and every day. Sure, it’s often a sparse and sad experience but it’s also – and I always reference how uplifting I find Will Oldham’s work when it comes to “sad” music – stirring, refreshing and cathartic….it feels good to listen to Bluebird, knowing that Landes is getting clear of some stuff. To take it apart piece by piece feels like rubbernecking or schadenfreude.

Landes has found a gem of a musical collaborator in Thomas “Doveman” Bartlett; Bartlett’s work as Doveman was characterised by spare and sensitive production that managed to sound intimate without being likely to drift off in a breeze, and he pulls a similar trick here in making sure Landes’ voice and lyrics do most of the work. So on album opener “Bluebird”, a song about following your muse, it’s just Landes and the nylon strings of an acoustic guitar for the most part, with the merest hint of synth strings stirring in the background. The trick works again on “Try to Make a Fire Burn Again”: as Landes sings, in her beautiful voice that’s just got a hint of throatiness, “don’t you want to love me all over again? / don’t you want to see me mistreat me?” all she needs is some plucked strings and a swell of organ around the edges. Even when there’s an electric guitar and drums introduced, it’s incredibly well-judged as on “Heel Toe”, a track that recalls the likes of Whiskeytown and Neko Case when she was with Her Boyfriends and allows Landes to really open up those pipes.

It’s disappointing that there’s a few dull moments on Bluebird as they really do stand out against the stronger tracks. While “Cry No More”, with its description of trying to wash the grease off your fingers as a metaphor for moving on, stays on the right side of clichéd thanks to piano and backing vocals from Norah Jones, both “Oh Brother” and “Love Song” are bit country-by-numbers.

Yet the back end of the record is enhanced by two gorgeous piano-led tracks, “Diamond River” and “Home”. Just the keys and Landes’ voice, they’re raw and emotional and evidence that Landes is in a better place: “Won’t somebody take me home? / I want to go home” sings the Louisville girl who now lives in New York…but they key line comes before that. ”They tell me my time will come / and my soul will rise / over shadow and stone”; this is the sound of a woman getting clear and moving on, and letting everyone know she’s in a better place for living it, and for singing it.