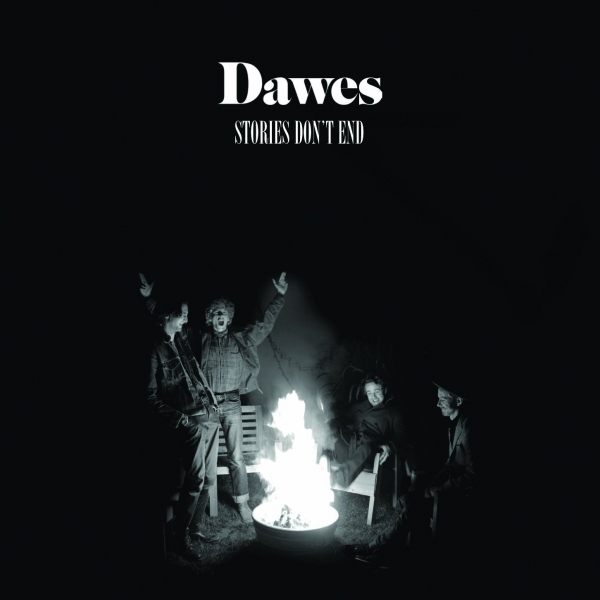 Taylor Goldsmith holds no secrets. His influences, his emotions and his perspective are all wrapped in his sincere delivery as the front man and songwriter for Dawes, and it’s that earnest equation that has garnered them a significant spotlight after just two albums. From his fireside storytelling to his penchant for 70s soft rock, Goldsmith puts it all out there – despite what the cynics might say.

So far, it’s worked to great effect. Fans have flocked to the band’s ability to conjure ghosts of influences past – like The Band or Jackson Browne – and Taylor’s intimate approach. After opening for legends like Bob Dylan and even Browne, Dawes now headline the U.S. coast to coast. But perhaps the greatest reason for Dawes’ rise to stardom is that Taylor stands among the best young lyricists in popular music, as his work on 2009’s North Hills and 2011’s Nothing Is Wrong will attest. His ability to tell a story is unparalleled (see ‘A Little Bit of Everything’ or ‘My Way Back Home’ for the evidence), and the music has always taken a backseat to Goldsmith’s vocal. He is, after all, the star here, and the rest of Dawes remain simply in close orbit. Yet this is not about a band outshined by a personality, but rather a group of friends and fellow artisans helping to curate and preserve a rare gift, of which Goldsmith surely possesses.

Stories Don’t End is definitely a musical sidestep from albums past. Steely Dan and The Zombies are a better musical reference point here, moving away from the Laurel Canyon influences of their first two releases. It likely helps that Jacquire King is at the boards, since the Kings of Leon producer is certainly skilled in polishing things up.

One listen to lead single ‘From A Window Seat’ will speak to the electric shift in sound. The song maintains Taylor-as-bard up front, is much more musically interesting than anything they’ve previously released – from the retro electric tones to an actual guitar solo, of all things. ‘Most People’ utilizes the same canvas but bolsters the mood with a heavier presence from Tay Strathairn on keys than usual.

In addition, Stories Don’t End also includes the first tunes in the Dawes catalog written by someone other than Taylor. Blake Mills was originally in a band called Simon Dawes with Taylor Goldsmith before breaking off to pursue other opportunities, including touring with Band Of Horses, Jenny Young and Julian Casablancas. However, Mills’ presence is back on Stories as the writer of ‘Hey Lover’ and co-writer of ‘Side Effects’. Perhaps these are older songs brought back into the fold or a reunion of sorts, but the shift definitely changes up the mix. Specifically, ‘Hey Lover’ is a short, sweet sing-along that fails to connect in typical Dawes style. Interesting? Maybe. Distracting? Definitely.

Yet in the end, a new Dawes album will succeed for one primary reason: Taylor Goldsmith’s ability to connect with a new batch of stories. To that end, Stories Don’t End is another success.